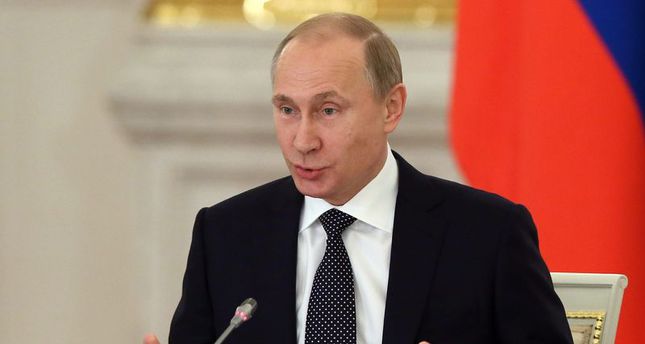 by AA Dec 25, 2014 12:00 am
Russian President Vladimir Putin summarized the events of 2014 to his government on Thursday, admitting there have been some mistakes that contributed to the current economic crisis that Russia is facing.

"The challenges we face are not only external in nature," Putin said. "They are connected not only with some limitations of nature, sanctions or restrictions related to the objective international conjuncture, but rather, they are connected with our flaws, which developed over the years."

He also said that Russian officials have made efforts to change the structure of the economy for a long time, with the aim of making it more innovative.

"In this direction, much has been done, but recent events have shown, it is not enough," Putin added.

Russia has seen its currency lose more than 50 percent of its value in 2014, while the economy as a whole continues to strain due to foreign sanctions, plunging oil prices, and massive capital flight.
Last Update: Dec 26, 2014 11:03 am
RELATED TOPICS