EU to lose pluralist nature as hatred toward Muslims grows 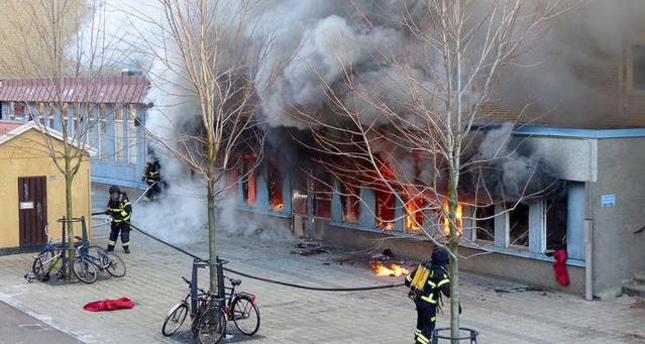 The disastrous rise of Islamophobia and xenophobia across Europe reveals that the multicultural and pluralist nature of the European Union was already damaged. The EU's commitment to respect freedom and human rights of minority groups based on race, religion and ethnicity has seemingly failed as no strong sanctions imposed by the EU is sufficient enough to halt widespread hatred toward the Muslim community living in different European countries. Respect for human rights, fundamental freedoms and democracy are the "principles upon which the European Union is founded and which are common to the member states." The EU considers xenophobia as a violation of human rights and the EU's fundamental rules. A broad set of rules to tackle different forms and manifestations of racism and xenophobia under the Framework Decision on combating racism and xenophobia was introduced and initiated by the European Union in 2008. The European Commission is "to monitor closely the implementation of the EU's rules on racism and xenophobia at the national level. According to the EU treaty, all acts of public incitement to violence and hatred on the basis of religion and race or national, ethnic origin would be penalized "by means of criminal law."

However, the EU's pluralist stance has failed on the national ground recalling the German Chancellor Angela Merkel's statement over multicultural German society. Merkel said in 2010 that the "multikulti" as it is known in Germany where people would live side-by-side happily – failed, signaling that more integrationist policies for immigrants would be implemented.

Europe has recently witnessed some racially motivated attacks on mosques in several European cities and large demonstrations against the Muslim population especially in Germany over the last couple of weeks. Anti-Muslim demonstrations in Germany are an indicative of the resurgence of far-right extremism which sparks hatred towards the Muslim community. More than 15,000 people have been taking to the streets of the eastern city of Dresden every Monday to protest the rising number of immigrants in Germany. Many Europeans are critical of the Muslim population and the rise in Islamophobia in European countries still becomes a controversial issue in the European Union as to threatening the security of Muslims.

The far-right parties and civil groups have become more prominent in the EU countries with a high immigrant population like France and Germany. Germany is home to 4 million Muslims, in a total population of nearly 81 million. It has the largest Muslim population in Western Europe after France. In the face of the growing number of refugees and asylum seekers seeking shelter in Germany and the threat posed by radical militant group the Islamic State of Iraq and al-Sham (ISIS), anti-immigration sentiment has been fuelled as more Europeans consider Islam as a threat to their society. Despite some restrictive measures imposed by European countries on immigration, more Syrian refugees are expected to arrive at Europe's gates. Amid the United Nation's call on the European countries to fulfill their international protection obligations, ensuring access to asylum for refugees remains a significant challenge for European countries.

Amid increasing call for more restrictive immigration policies, the success of the right-wing parties in both European and national elections proves that far-right principles, anti-immigration, nationalism and Euroscepticism has found significant support from many Europeans over the past few years. The increasing disenchantment among Europeans with government policies toward currency and debt crisis, recession and savage austerity has led many Europeans to hold far-right discourses including growing hatred and intolerance toward migrant communities. Right-wing parties have long been critical of immigration policies, favoring more integrationist policies for immigrants.