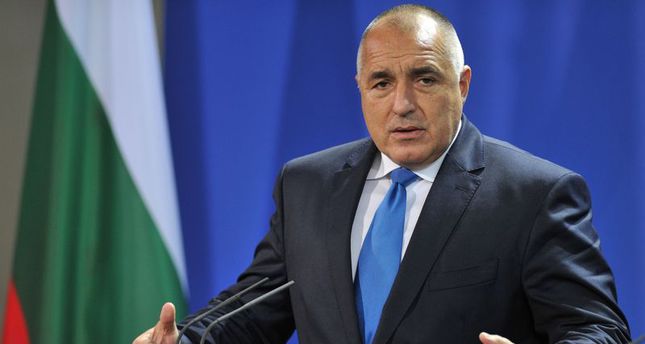 by AA Dec 30, 2014 12:00 am
Bulgarian Prime Minister Boyko Borisov said Monday that people who committed oppression and persecution against Bulgaria's Turks and Muslims during the rule of the pre-1990 communist regime remain unpunished.

In a Facebook post, Borisov published a report titled, "To overcome the inhuman treatment and the applied oppression against Turks and Muslims."

Borisov, who came to power in November 2014, said that "the biggest crime was the attempt to erase evidence."


The premier said that Turks were given freedom, but in exchange they were requested not to call those responsible for the crimes to be held accountable.

He hinted without giving names that the Turkish party - the Movement for Rights and Freedoms -approved of the situation.

He said that there would be no political amnesty for these crimes, and that even if it was late, justice must be sought.

The biggest guarantee that these crimes would not be repeated was real democracy, Borisov said.

Bulgaria's communist leader Todor Zhivkov's assimilation campaign against the Turkish minority in the Balkan country resulted in more than 300,000 people migrating to Turkey in late 1980s.

Bulgarian Turks are the descendants of Turks in the Balkan region, which was ruled by the Ottoman Empire for nearly five centuries.

The Bulgarian communists' assimilation policy has been viewed as an attempt by the party's ailing leadership to use nationalism to create a homogenous country.

It is estimated that Turks constitute about nine percent of Bulgaria's more than seven million population.