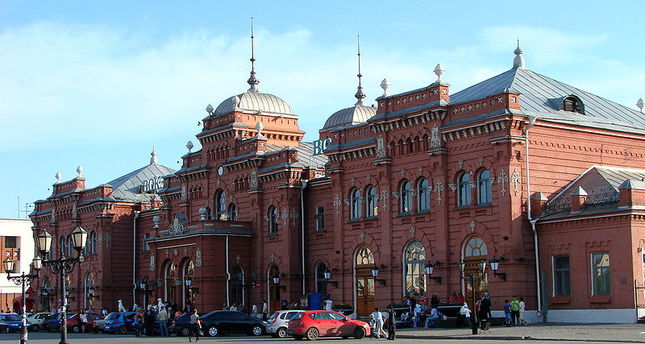 by AA Dec 31, 2014 12:00 am
Anonymous callers made bomb threats against Russian train stations in 26 cities across the country Tuesday evening, Russian authorities said.

Moscow, St. Petersburg, Samara, Omsk, Orenburg, and Novosibirsk were among the cities where railroad authorities received the threats.

Moscow's Leningradsky train station was evacuated Tuesday night in response and other targeted train stations also reported evacuations. However, no changes were made in the train timetables, according to the Russian Railways press service.