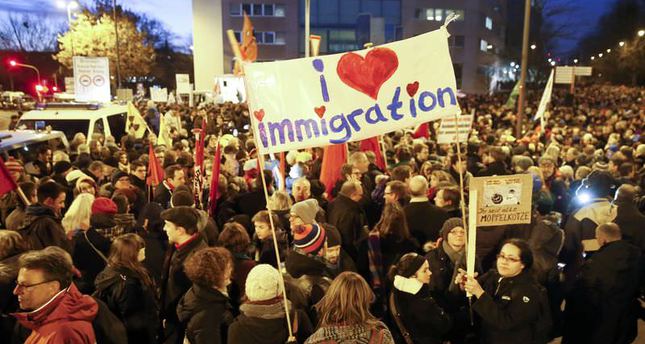 by Daily Sabah Jan 06, 2015 12:00 am
Thousands gathered on the streets of Cologne to protest the growing anti-Islamic demonstrations organized by the Patriotic Europeans against the Islamization of the Occident (PEGIDA). Many people from other cities took part in the counter-demonstrations to condemn the widespread xenophobic demonstrations, directed most viciously at the Muslim community, the largest immigrant community in Germany.

Twelve Turkish non-governmental organizations together with German politicians and trade unions also reacted to the growing intolerance directed against immigrants and the Muslim community.


"Germany is a country where refugees are welcome, and the silent majority must not remain silent, but rather go out onto the streets and show itself," German Justice Minister Heiko Maas said at the Berlin counter-demonstration on Monday, Reuters reported. 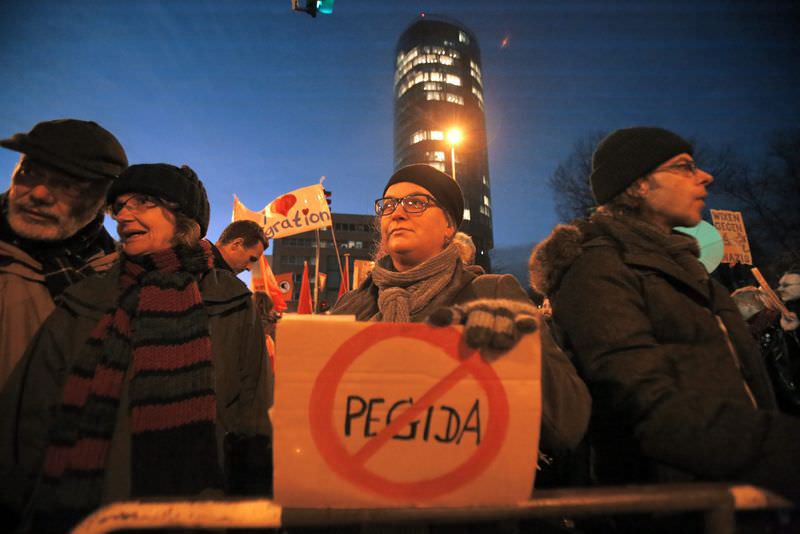 The former chancellor of West Germany who served between 1974 and 1982, Helmut Schmidt, strongly criticized PEGIDA, saying that anti-Islam movements would only promote intolerance, fear of the 'Other' and prejudices in German society, in an interview with Bild, Deutsche Welle Turkey reported.

Another German politician, Gerhard Schröder, German chancellor from 1998 to 2005 and a member of the Social Democratic Party praised some political parties and churches that strictly oppose anti-Islam movement. Wolfgang Schäuble, Germany's federal minister of finance and a member of the Christian Democratic Union (CDU) said that he supports calls to halt rising xenophobia and intolerance: "The slogans do not reflect reality. Germany needs immigrants."

Meanwhile, PEGIDA protests continued in the eastern city of Dresden, where weekly marches have been organized since October 2014 to protest the rising number of immigrants. Some 18,000 far-right supporters gathered in the street of Dresden, the largest number so far. More than 15,000 people gathered in Dresden in the latest protest in 2014. Similar but smaller rallies in Berlin and the western city of Cologne took place on Monday.

The far-right populist movement PEGIDA has lately gained attention as it has drawn support from other far-right groups and ordinary citizens. Anti-Islam rallies have also occurred in other German cities in support of anti-Muslim rhetoric and anti-immigration policies.
Last Update: Jan 06, 2015 12:57 pm
RELATED TOPICS