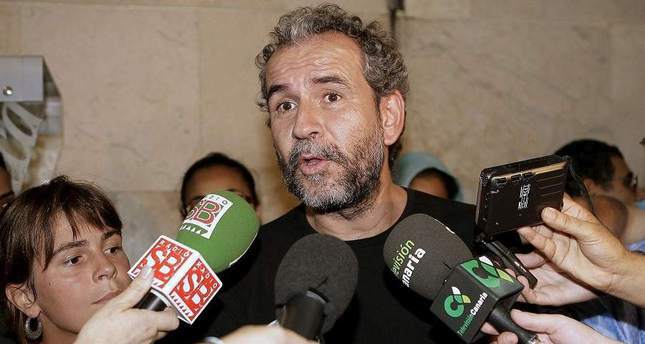 by Daily Sabah Jan 08, 2015 12:00 am
Guillermo Toledo, a famous Spanish actor has claimed that the West was behind the terrorist attack on French newspaper Charlie Hebdo which took place on Wednesday, resulting in the killing of 12 people.

"Did you (the West) think they would stay silent as you kill millions of people every day without making a sound?" Toledo said on his Twitter account, adding that the Pentagon and NATO have the power to destroy countries with bombs.

The actor expressed his strong condemnation of the ruthless attacks and called everyone to start contemplating after the massacre.

Toledo had previously commented on the attack at an Australian café in December, where a terrorist took people hostage. "A man took people hostage and did not cause any damage until the police came, which resulted in the death of three people." Toledo said on his Twitter account, who claimed that the attack has resulted in an alarm against Islam throughout the world.