Another hostage situation in a jewellery store in Montpellier, France 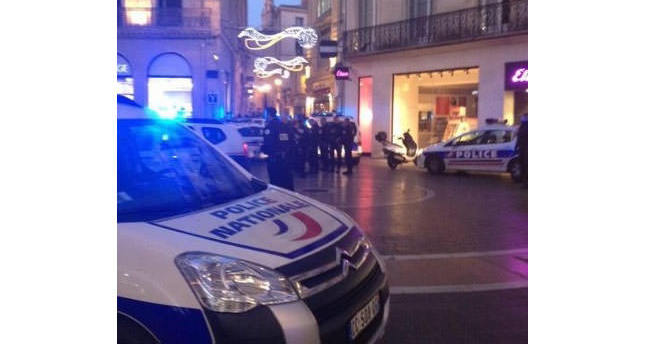 by Daily Sabah Jan 09, 2015 12:00 am
According to media, hostages have reportedly been taken in a jewellery store in Montpellier, Southern France. The incident is being reported shortly after police officials confirmed at least four hostages have died and another four have been seriously injured at a kosher grocery store in Paris where a gunman took several hostages.

France has been high alert since the country's worst terror attack in decades the massacre Wednesday in Paris at the satirical newspaper Charlie Hebdo that left 12 people dead.

Two groups of terrorists had seized hostages at separate locations around the French capital Friday, facing off against thousands of French security forces as the city shut down a famed Jewish neighborhood and scrambled to protect residents and tourists from further attacks.