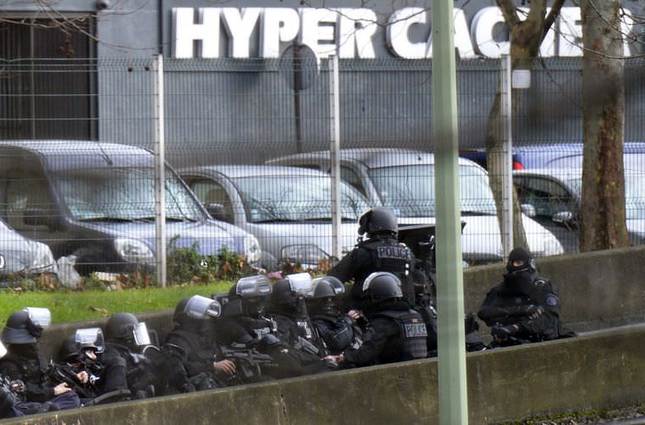 by Jan 09, 2015 12:00 am
At least two people were shot dead Friday during a hostage-taking drama at a Jewish supermarket in eastern Paris, where at least five people were being held, official sources told AFP.

"There are at least two dead, maybe more, but for the moment we don't know," one source said.

French police denied any casualties later in the day.

It was reported by Turkish news channel NTV that the suspect in the store asked for the ongoing siege over Charlie Hebdo attackers in northeastern Paris suburb Dammartin-en-Goële to be lifted.

French officials suspect a man responsible for the murder of a policewoman in the street of a southern Paris suburb on Thursday could be the hostage-taker.

French police released mugshots of a man and woman wanted over the killing of a policewoman on Thursday, who are now thought to be holed up with hostages in the kosher grocery.


They were named as Amedy Coulibaly, 32, and Hayat Boumeddiene, 26, and are considered "armed and dangerous".

Coulibaly knew at least one of the suspects in the Charlie Hebdo massacre, a source told AFP. He was seen with Charlie Hebdo suspect Cherif Kouachi in 2010 during an investigation into an attempted prison break in France. Coulibaly was convicted for his role and was well-known to anti-terrorist police. 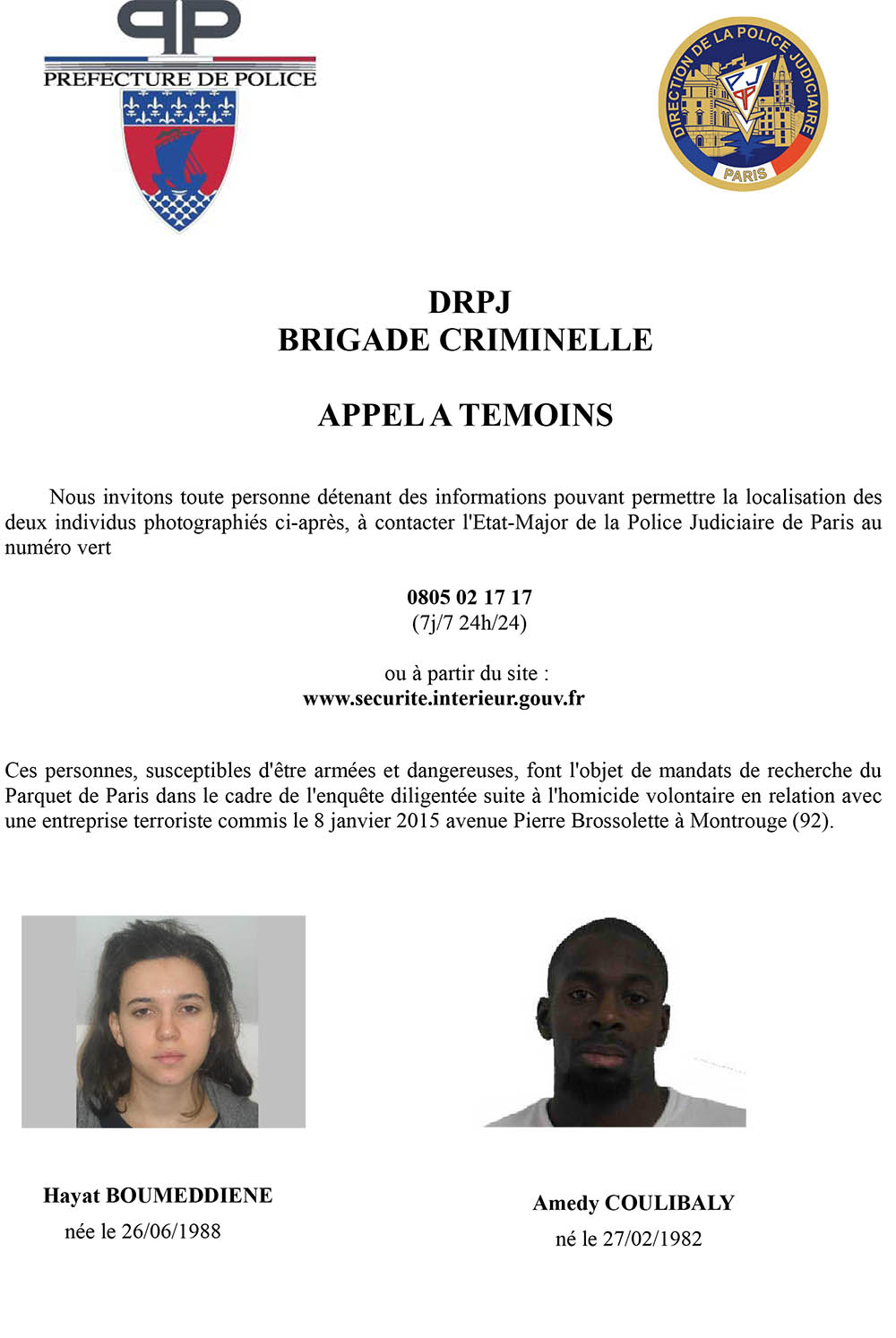