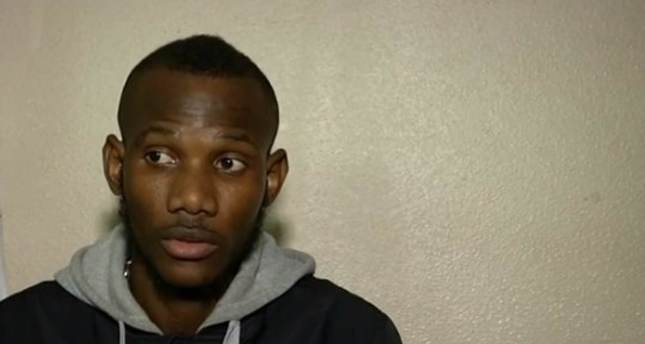 by Daily Sabah Jan 10, 2015 12:00 am
A young Muslim employee is being hailed as a hero for hiding numerous customers at the kosher grocery store attack that left four dead in Paris on Friday.

Employee Lassana Bathily, a 24-year-old Muslim from Mali, reportedly hid several customers into a freezer to save them after Amedy Coulibaly opened fire in the Hyper Cacher grocery store.

"I went down to the freezer, I opened the door, there were several people who went in with me. I turned off the light and the freezer," Bathily told French media.

"I brought them inside and I told them to stay calm here, I'm going to go out. When they got out, they thanked me." he added.

The number of people Bathily managed to hide inside the freezer in the store's basement is reported to be between 6 to 15.

After police raided the store and killed Coulibaly, they assumed Bathily was one of the terrorists, he said. "They told me, get down on the ground, hands over your head," he said. "They cuffed me and held me for an hour and a half as if I was with them."

Since the incident, tributes have been flooding social networking for Bathily's bravery and many people have reminded that it is wrong to demonize all Muslims for the sake of the actions of a few.

The 24-year old man has appeared on French BFMTV Channel on Saturday and said: "We are brothers. It's not a question of Jews, of Christians or of Muslims. We're all in the same boat, we have to help each other to get out of this crisis."