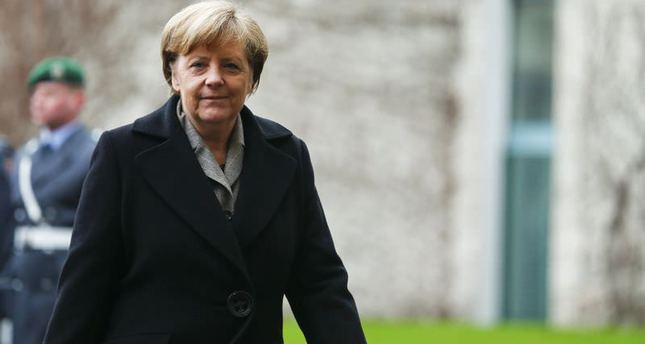 Chancellor Angela Merkel is set to join a Muslim community rally Tuesday to promote tolerance, condemn the attacks in Paris and send a rebuke to a growing German anti-Islamic movement.

President Joachim Gauck is due to address the vigil starting at 1700 GMT at Berlin's Brandenburg Gate, organised by the Central Council of Muslims under the banner "Let's be there for each other. Terror: not in our name!"

Christian and Jewish community representatives will also speak, and a crowd of thousands is expected to turn out.

"Hatred, racism and extremism have no place in this country," Merkel said in a speech in Berlin Tuesday.

"We are a country based on democracy, tolerance and openness to the world."

The German leader, who is to be joined by most of her cabinet at the event, has spoken out firmly against the right-wing populist "Patriotic Europeans Against the Islamisation of the Occident", or PEGIDA, and had stressed on Monday that "Islam is part of Germany".

PEGIDA late Monday drew a record 25,000 marchers to its 12th weekly rally in Dresden, in former communist east Germany, its flag-waving members holding a minute's silence for the victims of the Charlie Hebdo attacks in Paris last week.

The latest protest spawned smaller offshoot events in other cities, and drew some 100,000 counter-demonstrators nationwide, who accused PEGIDA of trying to exploit the French attacks and voiced support for a multicultural society.

Merkel has thanked leaders of Germany's four-million-strong Muslim community for quickly and clearly condemning the violence in Paris committed in the name of their faith.

"Germany wants peaceful coexistence of Muslims and members of other religions", she said at a joint press conference with Turkish Prime Minister Ahmet DavutoĞlu on Monday, adding the vigil would send "a very strong message".

Merkel and DavutoĞlu had a day earlier joined French President Francois Hollande and other world leaders at a huge Paris solidarity rally in the wake of three days of terror that left 17 people dead and began with a massacre at the satirical weekly Charlie Hebdo.


Announcing the vigil, the Muslim Council and the Turkish Community of Berlin issued a statement condemning "the despicable terror attacks in France in the strongest terms".

"There is no justification in Islam for such acts."

They said they aimed "to send a message for peace and tolerance, against hatred and violence and for a cosmopolitan Germany which respects and protects the freedom of expression and religion".

Participants are to lay a wreath of coloured pens, a symbol of freedom of expression in honour of the Charlie Hebdo victims, in front of the French embassy opposite the Brandenburg Gate.

Imams are to read verses from the Koran preaching tolerance and non-violence.

A commentary on news site Spiegel Online commended Merkel, who is known to often sit out tricky issues, for finding clear words against Islamophobia, even at the risk of losing voters at the fringes of her conservative party.

"The chancellor is not playing tactical games but in her New Year's address placed herself at the forefront of the anti-PEGIDA movement," it said, after Merkel condemned the group's leaders as having "prejudice, coldness, even hatred in their hearts".

"She has two issues where, when she speaks, she doesn't sound like she is simply droning on with platitudes: religion and freedom," it said, noting the rare public signs of emotion she showed with Hollande at Sunday's solidarity march.

PEGIDA, launched in October, has grown week after week and spawned smaller copycat groups nationwide, provoking much soul-searching in a country haunted by its history of Nazi terror and the Holocaust.

The protests have been fuelled in part by a sharp rise in refugees seeking political asylum in Germany, which has been scrambling to house the newcomers in converted schools, office blocks and container villages.