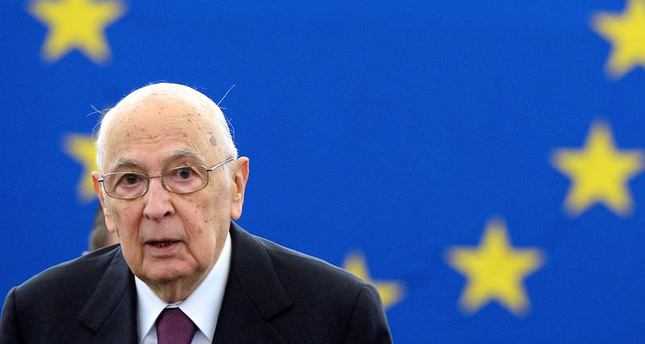 by Jan 14, 2015 12:00 am
Italy's 89-year-old President Giorgio Napolitano stepped down on Wednesday after almost 9 years in office, a statement said, forcing Prime Minister Matteo Renzi into a politically delicate balancing act to appoint a successor.

Napolitano had always been expected to step down before the end of his second term, explaining two weeks ago that his advanced age had made it increasingly difficult for him to perform the duties of his office.

Speculation has been going on for months over who will succeed him in an office which has wide but loosely defined powers that range from naming prime ministers and vetoing laws to exercising moral suasion over government policy.

The 40-year-old Renzi has said he wants to quickly reach an agreement with both with his own party and political rivals to choose a successor.

But the secret parliamentary balloting is unpredictable and some analysts say Renzi may push for new elections if broad support for a new head of state cannot be found.