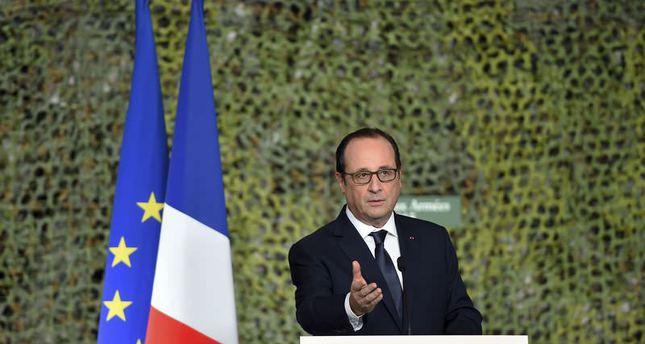 French President Francois Hollande has declared that "Muslims are the first victims of fanaticism" and vowed France will protect all religions in the wake of the Charlie Hebdo attacks.

In a speech on Thursday at the Arab World Institute in Paris, a week after gunmen killed 12 people at the offices of the satirical magazine in the French capital, he said France was a secular state and united during such difficult times.

"French Muslims have the same rights as all other French," he said. "We have the obligation to protect them.

"Anti-Muslim and anti-Semitic acts have to be condemned and punished."

"It is Muslims who are the first victims of fanaticism, fundamentalism and intolerance and anti-Muslim acts, like anti-Semitism, should not only be denounced, but severely punished," Hollande said.

His comments came a day after the Union of Islamic Organizations of France called for "a strong gesture from the president to the Muslims of France" who it said had suffered hatred and attacks from anti-Muslim groups.

Hollande warned against stigmatization in France.

The president said: "We must also remember that Islam is compatible with democracy and France must reject radicalism and confusion."

"France is a secular society and intends to protect all religions. We have the obligation to protect them."

"The law must be firmly enforced in places of worship such as churches, mosques, and synagogues," Hollande added.

He pointed out the attacks had nothing to do with Islam and that all the sufferings are caused by extremist ideas.

Al Qaeda in Yemen claimed responsibility on Wednesday for the Charlie Hebdo attack and the shootings at the Jewish supermarket which left 17 people dead.