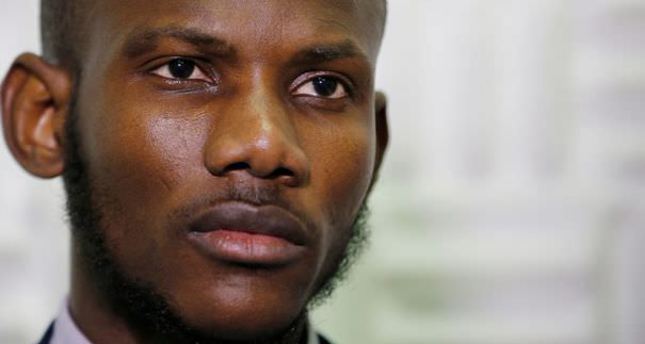 by Daily Sabah with AFP Jan 15, 2015 12:00 am
A Malian Muslim employee described as a "hero" after he helped hostages at a Jewish supermarket to hide during last week's Paris attacks will be awarded French nationality Tuesday, Interior Minister Bernard Cazeneuve said.

Lassana Bathily, who has lived in France since 2006, had applied in July last year for French nationality, and Cazeneuve, praising his "bravery", said in a statement he would be given it at a ceremony on Tuesday.

Bathily hid several customers into a freezer to save them after Amedy Coulibaly opened fire in the Hyper Cacher grocery store.

"I went down to the freezer, I opened the door, there were several people who went in with me. I turned off the light and the freezer," Bathily told French media.

"I brought them inside and I told them to stay calm here, I'm going to go out. When they got out, they thanked me." he added.

The number of people Bathily managed to hide inside the freezer in the store's basement is reported to be between 6 to 15.

Since the incident, tributes have been flooding social networking for Bathily's bravery and many people have reminded that it is wrong to demonize all Muslims for the sake of the actions of a few.
Last Update: Jan 15, 2015 6:09 pm
RELATED TOPICS