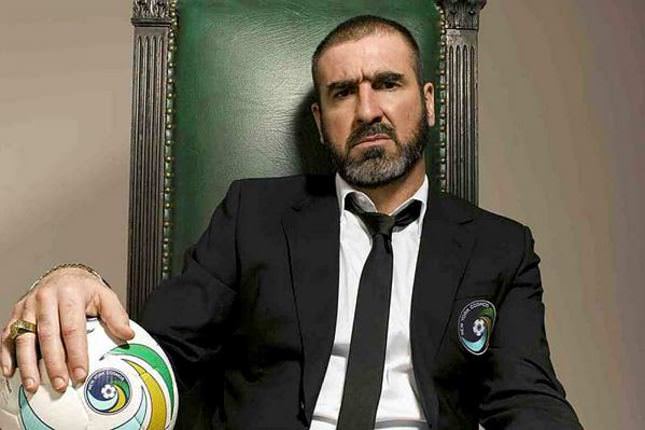 by Mehmet Çelik Jan 16, 2015 12:00 am
Eric Cantona, the world famous football legend of Manchester United, has made remarkable comments on the recent Charlie Hebdo attack in Paris, France.

"What I want to say is that today, what just happened [in Paris] doesn't have to be used against Islam. Fanaticism is everywhere, but it concerns just a minority of people. The rest are just simple Catholics, Buddhists, Muslims," Cantona said during an interview with Euronews promoting his new documentary film "Football and immigration – a 100 years of common history."

Speaking to Euronews, Cantona, who retired from football in 1997, said that the Muslim world as a whole should not be blamed for the current tragic events in Paris and that he is convinced Muslims around the world condemn the terrorist attack.

"It's important not to say that a Muslim is "moderate", if he's just a citizen like you or me. What does "moderate" mean anyway? Does it mean that Islam is an extremist religion? This is a latent provocation, you see? And it's very dangerous. We don't have to paint everybody with the same brush. That's the danger I think," Cantona added.

The football legend also added that people are falling into despair due to the economic crisis and bad living conditions, which could lead to involvement into extremism.

Eric Cantona is a former football player of French background, who has played for international clubs, such as Auxerre, Martigues, Marsaille, Bordeaux, Montpellier, Nimes, Leeds United and most famously Manchester United in England, where he ended his football career.

Since his retirement in 1997, the football legend has been involved in cinema and acting. Cantona has starred in films such as Elizabeth, which also starred Cate Blanchett, French Film, and Looking for Eric.

Cantona has also participated in various social awareness political activities and campaigns such as protesting the 2008 global financial crisis, supporting the homeless and signing a petition for the release of Palestinian football player, Mahmoud Sarsak, who was imprisoned for almost three years by Israel without a convinction.