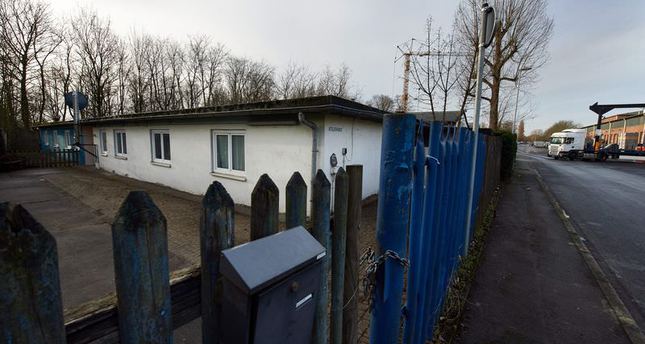 German local authorities are under pressure to find accommodation for asylum seekers. One town's plan to use a former Nazi concentration camp outlier has been sharply criticised

There was outrage in Germany when it became known that the town of Schwerte intended to use a barracks on the site of a former Nazi-era concentration camp to house asylum seekers.

Initial reports - which turned out to be incorrect - said the refugees were to be housed in a building that was occupied by SS camp guards.

According to Heinrich Boeckeluehr, the mayor of the city in the Ruhr region of western Germany, the camp buildings were demolished after the war. The building to be used dated to the 1950s, he said.

Boeckeluehr was taken aback at the way reports about Schwerte, a relatively small town with a population of some 46,000, had gone round the world.

Rejecting the condemnation expressed by many, he said Schwerte was well aware of its past and even erected a memorial commemorating the presence of the camp, an outlier of the notorious Buchenwald Concentration Camp.

"Seventy years after the end of World War II, not every building can be taboo," he said, noting that Schwerte was not the first town to make use of facilities of this kind.

The Bavarian city of Augsburg has had a similar scheme under consideration since the autumn of last year, but few have taken offence.

The building concerned, which found use most recently as a US Army library, is being investigated for its suitability, without much controversy.

But Schwerte has not been so lucky.

Hannelore Kraft, prime minister of the state of North Rhine-Westphalia, in which Schwerte falls, has called on the town authorities to reconsider their decision, following talks with Jewish associations.

Alfons Kenkmann, a historian at the University of Leipzig, who is also chair of an association concerned with the history of the Nazi era, has called for a thorough survey to be undertaken, if Schwerte insists on pursuing the plan.

He expressed concern that a grave with the remains of former slave labourers might be found inadvertently.

Hundreds of slave labourers were housed at the Schwerte camp in 1945 as the war in Europe was drawing to a close. Many were Poles, and there were also French prisoners, employed in repairing locomotives.

In 1989, the local authority erected a memorial centred on a length of railway line laid on stone sleepers that are simultaneously the heads of sculptures.

Not far away is the contentious barracks, into which the first 11 of ultimately 21 refugees are to move.

Birgit Naujoks of the local refugee council sees the scheme as a bad idea, fearing that the memorial could have a traumatizing effect on them.

Schwerte is short of alternatives. While the authorities would prefer to house the refugees in flats, there have been few offers. The 175 refugees they are responsible for live in small homes that are now full.

And they do not want to house the refugees in converted containers or in gym halls, as the aim is rapid integration into the local community.

According to Kenkmann, the Nazi concentration camps often had outlying camps, many of which found use after the war to house war refugees, many of them Germans thrown out of their homes in countries like Poland and the Czech Republic.

Later they served as accommodation for migrant workers during the boom years of the 1950s and 1960s in Germany's "Wirtschaftswunder" (economic miracle).

Refugees from the Vietnam War and other conflicts then used them. Kenkmann says that even more controversial sites have been used to house refugees, such as prisons or police training facilities on the grounds of former concentration camps.