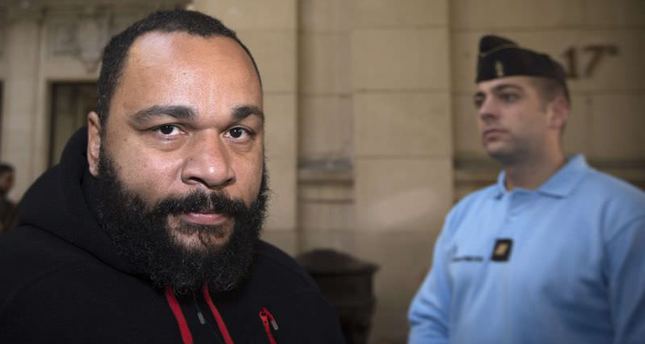 by Jan 18, 2015 12:00 am
Among the 54 people detained Wednesday as France cracks down on hate speech, anti-Semitism and glorifying terrorism is Dieudonne, a controversial but popular comic who defended terrorism in comments posted on Facebook earlier this week.

Dieudonne, who popularized an arm gesture that resembles a Nazi salute and who has been convicted repeatedly of racism and anti-Semitism, is no stranger to controversy. His provocative performances were banned last year but he has a core following among France's disaffected youth.

In the Facebook post in question, which was swiftly deleted, the comic said he felt like "Charlie Coulibaly" — merging the names of Charlie Hebdo and Amedy Coulibaly, the gunman who killed four at a kosher market Friday, a day after he killed a Paris policewoman.

In a separate post, the comic wrote an open letter to France's interior minister.

"Whenever I speak, you do not try to understand what I'm trying to say, you do not want to listen to me. You are looking for a pretext to forbid me. You consider me like Amedy Coulibaly when I am not any different from Charlie," he wrote.

Dieudonne also shared a Facebook post describing the events. In it, he writes that his arrest was ordered by Bernard Cazeneuve, the Interior Minister. The comedian claims 12 policemen arrested him in front of his son. He also apologized for posting anything that appeared to condone terrorism.