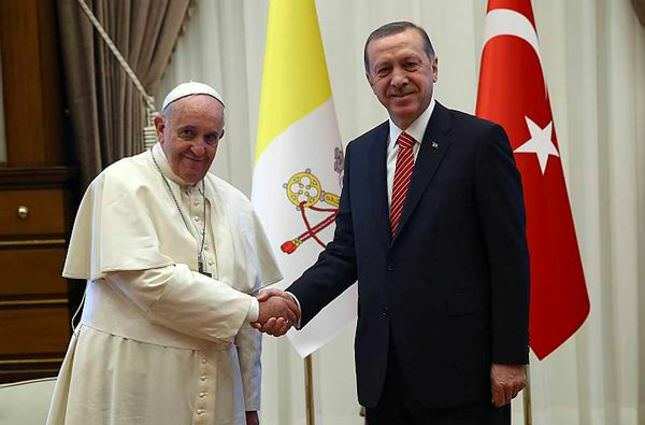 by Mehmet Çelik Jan 20, 2015 12:00 am
The leader of the Roman Catholic Church, Pope Francis, has advised Catholic families to have three children, similar to the opinion of Turkey's President Recep Tayyip Erdoğan, during a press conference on the plane at the end of his Asia trip, from Manila to Rome on Monday.

"Catholics should not feel they have to breed 'like rabbits' because of the Church's ban on contraception," added Pontiff, and advised Catholic families to be 'responsible parents'.

Pope Francis visited Turkey, the fourth pontiff to visit the country, for a two-day visit in efforts to strengthen ties with the Muslim world, on November 29, 2014.

Furthermore, the Pope made clarifications about his remarks regarding the recent Charlie Hebdo attacks, criticizing the magazine's provocative publications which are insensitive to people's faiths, while also condemning the attacks.

"One cannot provoke, one cannot insult other people's faith, one cannot make fun of faith," Pope Francis had said.