Turkish father and son victims of racist attacks in Germany 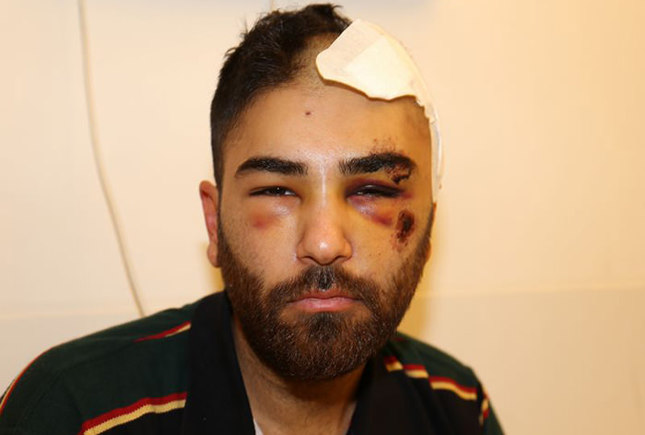 by Mehmet Çelik Jan 23, 2015 12:00 am
A Turkish man, Burhan İlhan, and his father are the most recent victims of increasing racist attacks in Germany.

The man was reportedly badly beaten with knives and iron sticks by an armed xenophobic group of 15 people, when he tried to defend his father who was being harassed by them.

Burhan İlhan was taken to hospital for treatment. The police have launched an investigation into the matter.

Germany has been witnessing a rise in anti-immigrant and anti-Islam tendencies which have manifested themselves in xenophobic and Islamophobic attacks on citizens and mosques.

Several anti-Islam demonstrations have been held in several German cities by far-right groups, most famously by the Dresden-based extremist group known as the Patriotic Europeans against the Islamization of the West, PEGIDA. The Islamophobic and xenophobic tendencies have also spread across other European countries after the attack on Charlie Hebdo magazine.

Another racist attack recently took place when Tuğçe Albayrak, a Turkish girl born in 1991 to Turkish-German parents, was beaten to death as she tried to stop a group of men harassing two teenage girls on November 15, 2014.