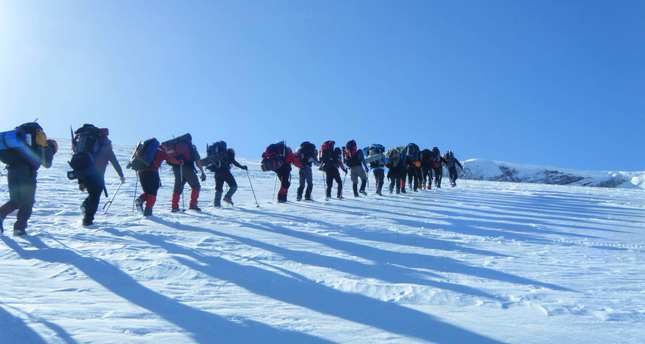 A search and rescue operation was underway to locate the climbers after they called emergency services to tell they were lost but in good health.

Turkish media reported that Greek authorities were searching for the climbers in the wrong location due to a mix-up in the detection of the emergency call signal and the search was relocated to Meriç or Evros river and on the borders of Greece, Bulgaria and Turkey after the signal was discovered to be coming from there.

The climbers did not return the calls to their phone number which is registered with "a North American country" according to the media. The climbers simply told emergency services that they were Turkish and Bulgarian climbers and appealed for help.