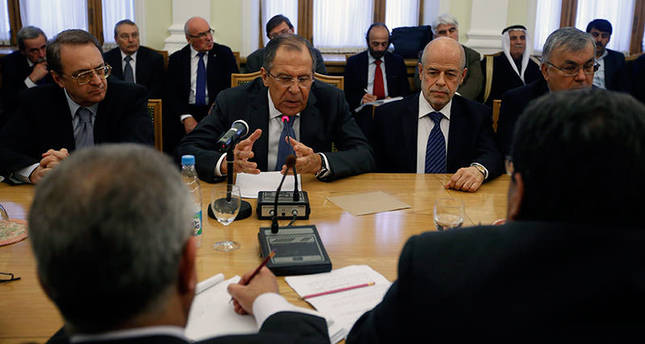 In his address to the representatives, Lavrov stressed the need to preserve Syria's integrity and unity.

"We are your sincere friends, convinced that after the current trials and tribulations of Syria it will be reaffirmed as a single, sovereign, secular and prosperous state in which all citizens of all ethnic and religious groups will feel comfortable and safe and their rights will be protected," the foreign minister said.

Lavrov also stressed his opinion that the solution to the Syrian crisis must come from the Syrian people themselves. "I know all of you share the view that to achieve such a goal can only be based on a political settlement. Defining the contours of such a solution and how to achieve it can only be done by the Syrians."

The first round of informal Syrian talks in Moscow began on Monday. According to the Russian foreign ministry's statement, the talks were held behind closed doors without the presence of media or any "uninvolved parties." The Syrian delegations are scheduled to leave Moscow on Friday.