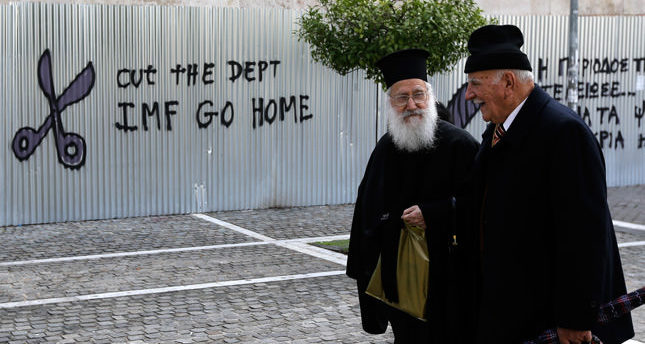 Recently elected leftist Greek Prime Minister Alexis Tsipras signaled a swift series of announcements in the first cabinet meeting held on Wednesday introducing significant structural changes to the Greek education system. At the first meeting with his cabinet members, the deans of Greek universities were dismissed in a move to reform the old educational system of the country. "We are coming in to radically change the way that policies and administration are conducted in this country," Tsipras said on Monday. The government's reform plans include curricular reform and new text books.

The nationwide exams for first- and second-year seniors in high school will also be abolished. Students expelled from universities will no longer have limits placed on them for the completion of their diplomas and degrees.

Tsipras's party, the Coalition of the Radical Left (Syriza), represents a desire for radical change in Greek political culture in the minds of many Greeks. The victory of the party indicates the collapse of old ruling parties with promises of the new leftist government to resolve deep-rooted problems in the country like the repercussions of the country's economic crisis and shortfalls in the education system. Greek education was ranked the worst among EU countries, according to a survey conducted in May 2014 by the U.K. research and analysis institution, Economist Intelligence Unit.

Tsipras's cabinet is made up of 39 ministers of whom six are women. Tsipras proposed Zoe Constantopoulou as president of parliament. Veteran leftist politician Giannis Dragasakis has been appointed deputy prime minister. Panos Kammenos, the head of coalition-partner Independent Greeks, was appointed the country's national defense minister.

Meanwhile, U.S. President Barack Obama called Tsipras on Wednesday to congratulate him on his electoral victory. "The president noted that the United States, as a longstanding friend and ally, looks forward to working closely with the new Greek government to help Greece return to a path of long-term prosperity," the White House said in a statement.

Greece has long been suffering from sweeping spending cuts and a painful six-year recession. Austerity measures being pursued by eurozone countries including Greece have led to a political battle within countries over whether the belt-tightening policies have gone too far at the expense of economic growth. The clashes over economic policies have created political turmoil just as in France, Austria and Italy.

German Chancellor Angela Merkel, the driving force in the EU's austerity drive, said that Greece should stay in the eurozone "despite the difficulties." With the historic victory of Syriza in Sunday's election, Greece awoke to a new era with a new coalition government formed by two different movements – leftist Syriza and the conservative Independent Greeks (ANEL). However, the new anti-bailout government is stirring suspicions as to whether the coalition government will be short-lived. The two movements have nothing else in common expect their opposition to the European Union-International Monetary Fund bailout.