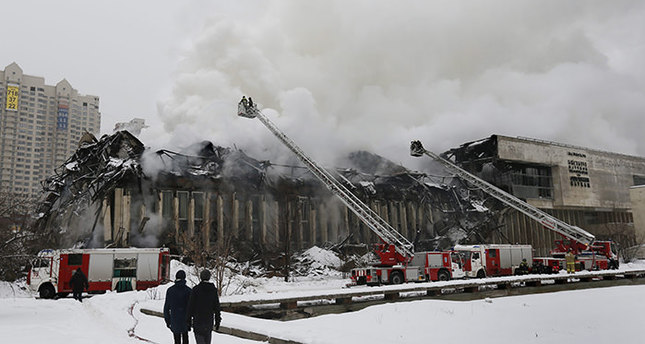 by Daily Sabah Jan 31, 2015 12:00 am
One of Russia's largest academic libraries, the Moscow library known as INION —the Institute of Scientific Information on Social Sciences— went up in flames on Friday evening.

The cause of the fire could be "a short circuit in the electrical system", according to a law-enforcement source, who talked to the RIA Novosti news agency.

No one was reported to be killed in the ferocious fire, but some rare historic documents and ancient Slavic texts were damaged.

The library was founded in 1918 and is Russia's largest research center in social sciences and humanities. It currently has 14.2 million texts, including rare 400-year-old editions.