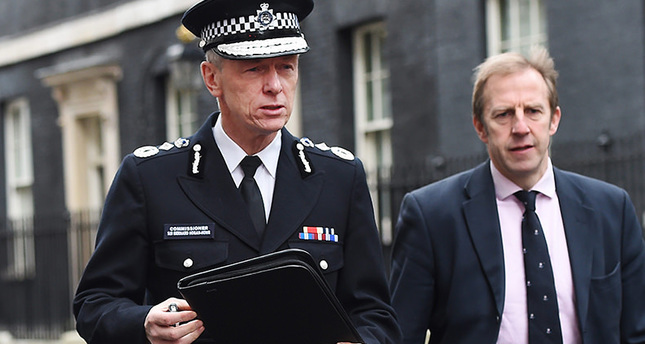 by Didem Atakan Jan 31, 2015 12:00 am
New Scotland Yard, the headquarters of London's Metropolitan Police, has asked news broadcasters in London not to show live footage of police forces trying to prevent terrorist attacks, according to a news report published by the British daily, The Guardian on Thursday.

Speaking to the Police and Crime Committee at London's City Hall on Thursday, Hogan-Howe said, when the police and the security service and sometimes the military respond to terrorist attacks, they want to make sure that their ability to respond to such attacks is not restricted by live coverage, which may undesirably inform the perpetrators.

Hogan-Howe said, "We have ongoing discussions with the media about how that happens."

There is already an informal and legally non-binding agreement between UK broadcasters and the police, under which the broadcasters do not show live footages from the scene of the terrorist incident. However now, - especially in the wake of the recent Paris attacks - it seems that the UK police will start to apply the rules more strictly, setting a more definite framework for the bans on media.