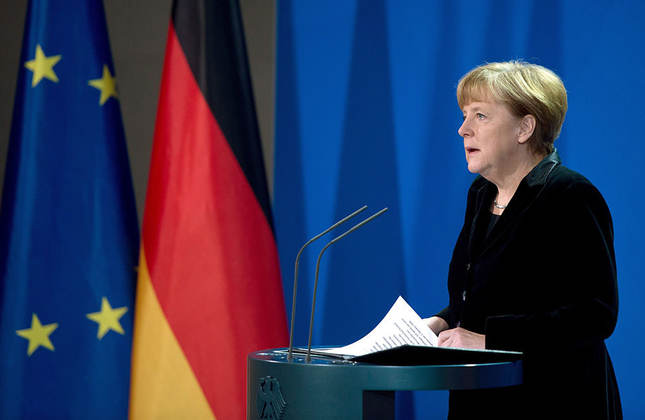 German Chancellor Merkel has denounced the anti-Islam PEGIDA movement, saying that Islam is a part of Germany. It is yet to be seen if she can help to ease the tension in Germany over Islamophobia

Amid rising Islamophobia in German society, German Chancellor Angela Merkel has spoken out for the Muslim population in the country, saying that Islam belongs to Germany. However, her words have apparently not helped prevent many Europeans from supporting the Islamophobic populism that has created rifts among Europeans. Many Germans have not shared the same feelings and ideas toward Islam that Merkel is defending.

"There are 4 million Muslims living in Germany, Islam is taught in religious education at schools and there are professorships for Islamic theologians at universities," Merkel told the German newspaper Hamburger Abendblatt, "Therefore, it is a reality that Islam has come to belong to Germany."

She had earlier asked Germans to avoid rallies by anti-Islam groups saying they have "hatred in their hearts." She also attended counter-demonstrations to resist religious intolerance in Germany. Along with Merkel, some prominent German political leaders also sharply criticized the Patriotic Europeans Against the Islamization of the West (PEGIDA) for its anti-Islam and anti-immigration rhetoric that promotes polarization in German society.

As Merkel decried anti-immigration protests, others refused to accept that Islam is a part of Germany while supporting anti-Islam rallies organized by the far-right PEGIDA movement. "Muslims are welcome in Germany and free to practice their religion here, but this does not mean that Islam belongs to Saxony," President-Minister of Saxony Stanislaw Tillich told Die Welt newspaper, as reported by dpa. Saxony is home to the fewest number of Muslims in Germany compared to other German states.

Considering the rightward shift in Germany, far-right parties have long been critical of immigration policies favoring the full integration of Muslims into German society. PEGIDA has struck a chord with many Germans after gaining a solid social grounding in Germany with growing far-right extremism. It also became a developing phenomenon spreading across Europe.

The Dresden-based anti-Islam PEGIDA movement has been suffering from loss of credibility and popularity among Germans as the group is apparently in disarray as more members of the central core of the movement have reportedly stepped down despite no official statement being released by the movement. Following the resignation of Lutz Bachmann, the former leader of PEGIDA, the new leader of the movement announced her resignation. Kathrin Oertel had taken over the movement's leadership after the founder quit after posing as Hitler in a photograph. The unexpected divorce of the current leader from the movement has led PEGIDA to suffer from instability as a movement.

PEGIDA was founded in October 2014. Soon after its establishment, Germany witnessed several anti-Islam demonstrations and racially-motivated attacks organized by far-right extremist groups. Since then there have been weekly anti-Islam rallies organized by far-right populist groups in the eastern German city of Dresden. The weekly rallies began with nearly 500 demonstrators protesting the rising number of immigrants, however the marches grew much larger with support from disenchanted Germans who oppose the "Islamization" of their country.