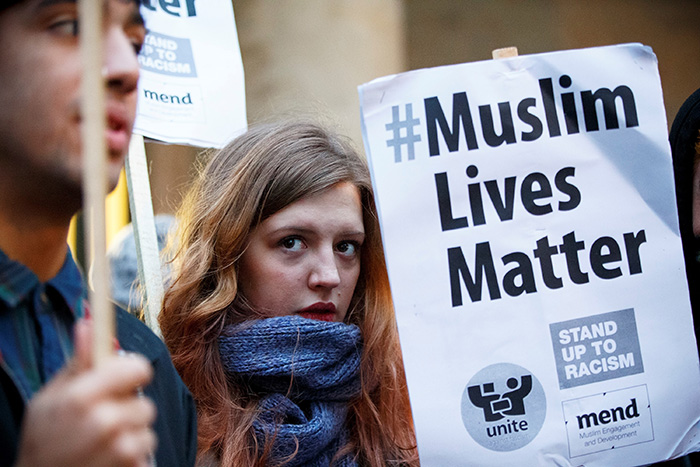 by Mehmet Çelik
Feb 13, 2015 12:00 am
Hundreds of British Muslims have gathered in front of the BBC Head Office in London to protest the negligence of the U.S. and European mainstream media in covering the killings of three young Muslims who were shot in an Islamophobic attack in Chapel Hill, North Carolina on February 11.

The protesters showed their anger in the 'Stand up to Racism' demonstration to criticize the mainstream media for not giving the killings of three Muslims the attention or coverage it deserved. The hundreds who gathered carried banners saying '#MuslimLivesMatter', 'Stand up to Racism' and 'Say No to Islamophobia'.

The protesting group demanded that the killing of the three young Muslims be treated as a 'hate crime', according to a press statement released during the protest.

"Muslims are always shown as terrorists but when the victims of the xenophobic attacks are Muslims their stories get ignored", the statement said. The statement, read by Sabby Dhalu, added that Muslims are disappointed and saddened that the killing of three North Carolina Muslims has not received the attention it deserves, while attacks in Paris had recieved extensive coverage in British media channels. 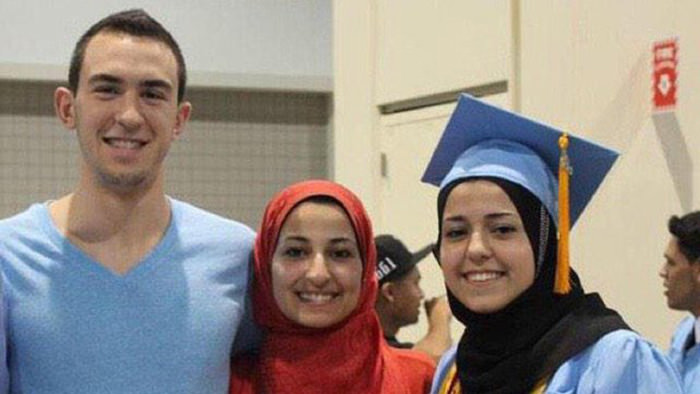 Three young Muslims, Deah Shaddy Barakat, 23, of Chapel Hill; Yusor Mohammad, 21, of Chapel Hill; and Razan Mohammad Abu-Salha, 19, of Raleigh were shot in their Chapel Hill, North Carolina condominium by Craig Stephen Hicks, 46, who later turned himself in to police. Craig has been arrested and charged with three counts of first-degree murder.


British Muslims had previoulsy protested the BBC's stance and negligence on covering the Israeli attacks on Gaza which had killed over two thousand civilians, including many children, in July 2014.
Last Update: Feb 13, 2015 3:28 pm