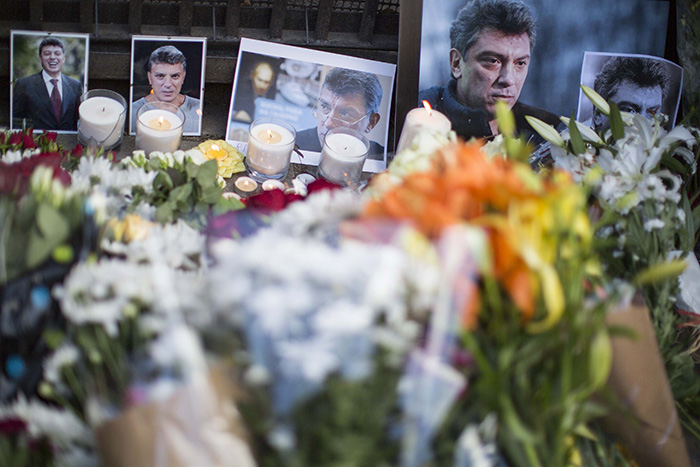 Amid speculation over the assassination of Boris Nemtsov, opposition supporters blame the Kremlin while pro-Kremlin groups calls the murder “provocation”

Following the killing of one of the leaders of the Russian opposition, Boris Nemtsov, Russia has become a hive of rumor with people having a variety of interpretations over the murder. While critics blame the Russian president for Nemtsov's death, the Kremlin called the murder a "provocation" to Putin's ruling government.

Critics believe that the murder of opposition politician Nemtsov was the work of Russian President Vladimir Putin or his allies in the Kremlin. It is strongly believed that the Kremlin has further promoted tension with the opposition while fueling hatred toward Nemtsov. Therefore, many put the blame on Putin, even if he was not the one who gave the direct order for Nemtsov's murder.

Another finding relates the killing to Russia's assertive policies in the Ukraine crisis. The Ukrainian President Petro Poroshenko blamed the Kremlin for Nemtsov's death, claiming that Nemtzov was preparing to publicly share a report at Sunday's opposition rally that disturbed Russian authorities. "Somebody was afraid of this, Boris wasn't afraid. Killers and executors were afraid," Ukrainian President said, referring to the report Nemtsov had been working on, detailing the presence of Russian troops in Ukraine, a claim the Kremlin strictly denies.

Nemtsov, a hate figure for pro-Kremlin activists, had long complained of being followed and having his phone tapped. Tensions with the West over Ukraine and the takeover of Crimea have increasingly polarized Russian society, with most Russians behind Putin, but with a minority in sharp disagreement.

Meanwhile, Russian President Putin promised to punish those responsible for the murder of Nemtsov. Amid various politicized interpretations of the murder of the prominent Russian opposition politician, Russian Foreign Minister Sergey Lavrov said that "The filthy crime will be investigated in strictest compliance with the law, and those guilty will not escape punishment."

However, it is believed that investigations of such high-profile cases have little credibility in Russia, a country where private companies and oligarchs have had a widespread impact on Russian politics. Therefore, the possibility of a real investigation is relatively low in Putin's Russia, opposition groups believe.

Meanwhile, the opposition rally organized for Sunday turned into a memorial march. Tens of thousands of people marched in central Moscow Sunday to honor the memory of opposition leader Boris Nemtsov, who was gunned down near the Kremlin. This was the largest opposition gathering against Putin's rule, as many condemned Moscow's stance on the Ukraine crisis. Protesters held up signs reading "we are all Nemtsov."

Boris Nemtsov, a 55-year-old government critic was shot in the back shortly before midnight Friday near the Kremlin.
Last Update: Mar 02, 2015 6:45 pm
RELATED TOPICS