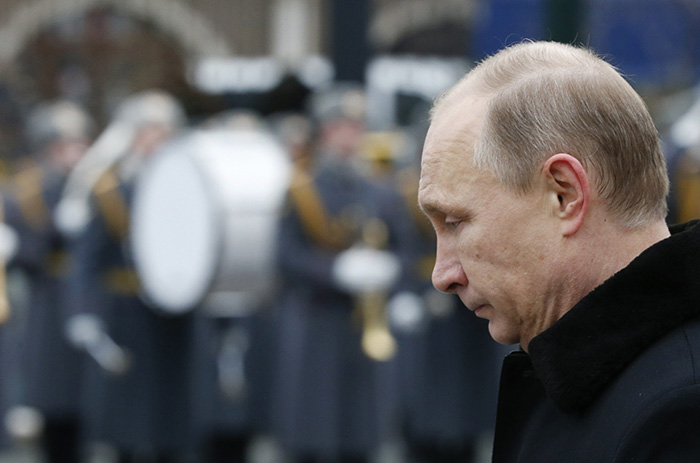 by Daily Sabah with Agencies Mar 02, 2015 12:00 am
Following the murder of Russian opposition leader Boris Nemtsov, world leaders have expressed their concern over the conduct of the forthcoming investigation, pressing the Kremlin to ensure that the killing is investigated thoroughly.

"I am shocked and sickened by the callous murder of Boris Nemtsov," British Prime Minister David Cameron said. "This despicable act must be fully, rapidly and transparently investigated, and those responsible brought to justice."

In a press statement released on February 27, the U.S. State Secretary, John Kerry said, "Boris Nemtsov committed his life to a more democratic, prosperous, open Russia and to strong relationships between Russia and its neighbors and partners, including the U.S… His absence will be deeply felt in Russia and around the world. The United States urges the Russian authorities to act expeditiously to investigate and bring to justice those responsible."

U.S. President Barack Obama condemned the "vicious murder" of the politician he had met on a visit to Moscow.

"Chinese society is eager to see a stable Russia under Putin's reign and is shocked to see such cruel behavior in Moscow," said the paper, which is affiliated to the People's Daily newspaper.

Apart from world leaders, various international human rights organizations condemned the murder of the Russian opposition leader. Amnesty International called the killing "a cold-blooded murder of one of those free voices whom the authorities have so actively sought to silence." The human rights body also underscored "a list of unsolved political murders and attacks in Russia, the investigations of which were under the 'personal control' of senior Russian politicians," noting that they would not "allow Boris Nemtsov to become just another name on this list."
Last Update: Mar 02, 2015 6:47 pm
RELATED TOPICS