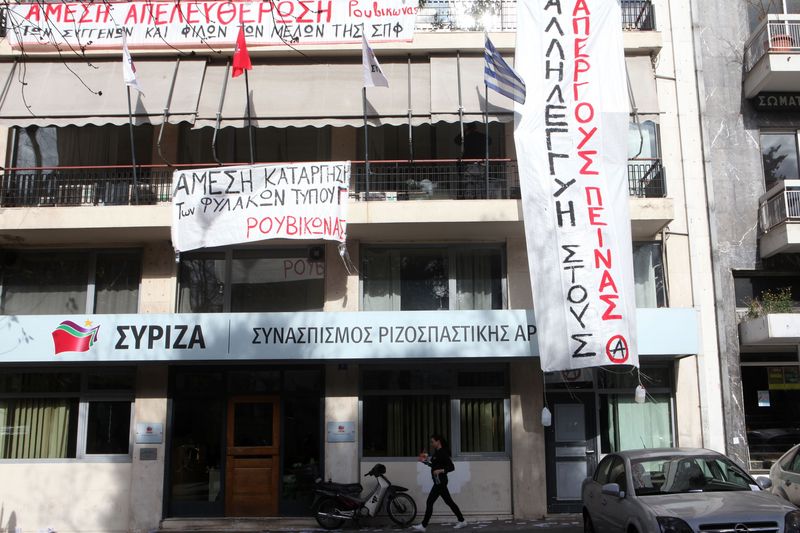 by Mar 08, 2015 12:00 am
Anarchists occupied Greece's ruling party headquarters on Sunday in support of hunger strikers protesting against conditions in the country's maximum-security jails.

A group of 50 anarchists burst into the offices of the radical left-wing Syriza party in downtown Athens on Sunday, forcing staff to leave the building, party officials said.

"I was inside my office giving my first official interview to a radio station," the party's new spokeswoman Rania Svigou told AFP. "I had locked the door so I wouldn't be disturbed. Then I heard banging and shouting." she said.

"I finished the interview and went out to see what was happening and they told us to get out," she added.

Svigou said party workers did not call the police. Syriza has often criticised heavy-handed policing of anti-austerity protests in the past.

The anarchists hung banners from the building's balconies calling for the abolition of the controversial C-type jails, where the country's most notorious criminals and terrorists are held.

Activists claim prisoners are subjected to an unnecessarily harsh regime and allowed no contact with their families.

The protesters also demanded the release of Savvas Xiros, the bomb-maker of the extreme left-wing 17 November terrorist group, who is serving life in prison and is in ill health.