Crimean leader calls on West to maintain sanctions on Russia 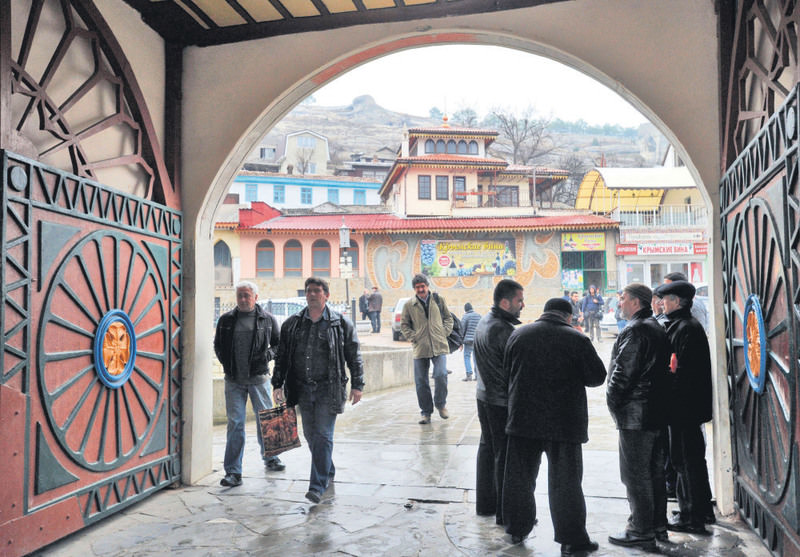 Crimea was annexed by Russia last year despite objections from the international community.
by Daily Sabah with Wires Mar 20, 2015 12:00 am

As Russia celebrates the first anniversary of Crimea being part of its territory, the Crimean Tatar leader condemned Russian actions on the peninsula while urging Western countries to keep up sanctions on Russia

Ahead of the EU summit that took place on Thursday, Mustafa Abdülcemil Kırımoğlu, leader of the Crimean Tatars, urged Western countries to stay united in keeping up sanctions pressure on Russia over the conflict in eastern Ukraine. Kırımoğlu's statements came after the first anniversary of the Russian invasion of the Crimean peninsula.

After the annexation of Crimea, the Crimean leader was refused permission to enter his homeland by Russian authorities, as an act of violation of international human rights. Russian authorities also restricted freedom of movement for some other Tatar leaders who were trying to return to Crimea, and threatened the Parliament of the Crimean Tatars with terminating the parliament by declaring their work illegal.

Following the Russian annexation of the Crimean peninsula on March 18, 2014, the fall of the Crimea into the hands of Putin's Russia was interpreted as a frightening reality for Crimean Tatars, as it signaled an end to the freedom they enjoyed within Ukrainian territory with regard to Russian provocations against the Crimean Tatar minority in the annexed territory. Many Crimean Tatars, which constitute 12 percent of Crimea's largely ethnic Russian population of about two million, have felt insecure due to the possible return of Stalinist-like repression. According to U.N. figures, at least 7,200 people from Crimea have become internally displaced due to numerous difficulties arising from the less than two month Moscow rule right after the Crimea referendum.

Considering the vociferous response of the international community to the Crimean referendum, underscoring the illegality of this referendum that contravened international law on territorial integrity, the Tatars, 12 percent of Crimea's largely ethnic Russian population of about two million, have been highly critical of Moscow's annexation of the peninsula previously governed by Ukraine. It has been noted that many Crimean Tatars were unhappy with the result of the referendum when local authorities announced that 97 percent of those who voted were favorable to the idea of joining Russia.

Meanwhile, Russian authorities announced on Thursday that it has doubled the number of troops taking part in mass drills ordered by President Putin to 80,000 in a major show of strength amid tensions with the West over Ukraine. The Russian move came after Western countries decided to increase their military presence in order to give military assistance to Kiev government forces. Ukrainian President Petro Poroshenko had earlier said the U.S. was to train 780 Ukrainian troops, while the British Defense Ministry confirmed that up to 70 British servicemen had begun training Ukrainian troops.
Last Update: Mar 20, 2015 10:04 am
RELATED TOPICS