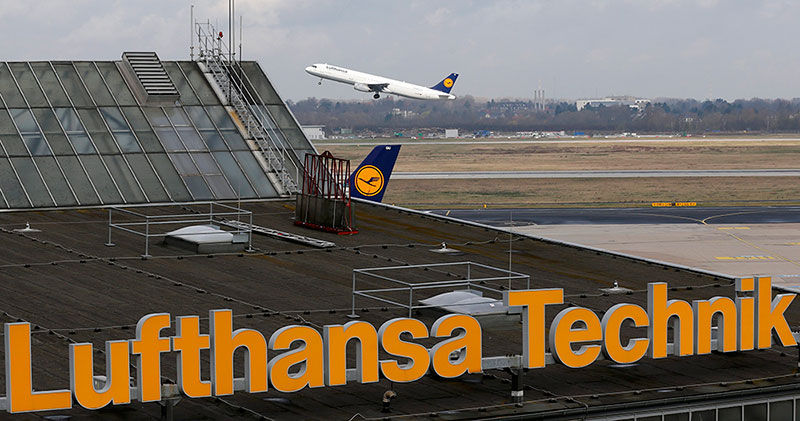 by Compiled from Wire Services Mar 26, 2015 12:00 am
French prosecutor Brice Robin said on Thursday that pounding could be heard on the door during the final minutes at the Germanwings flight as alarms sounded. He said the co-pilot "voluntarily" refused to open the door, and his breathing was normal throughout the final minutes of the flight.


He identified the pilot as Andreas Lubitz, a German national and who had never been flagged as a terrorist. He stated Lubitz appeared to want to "destroy the plane."

Lubitz was described by acquaintances in his hometown of Montabaur as a "normal guy" and "nice young man".

"He was a completely normal guy," Klaus Radke, the head of the local flight club where Lubitz received his first flying licence years ago. He returned in the fall for a refresher course with Radke.

"I got to know him, or I should say reacquainted with him, as a very nice, fun and polite young man," Radke added.

The small town of 12,000 in western Germany was in shock on Thursday at the news that French prosecutors suspect Lubitz, 28, of deliberately crashing the Airbus plane.

German authorities were at loss to explain why the first officer for Lufthansa's budget carrier appeared to have taken sole control of the A320 airliner when the captain was out of the cockpit and slammed it into a fatal descent.

Investigators have retrieved cockpit voice recordings from one of the "black boxes" of the German jet that crashed in the Alps, killing everyone onboard, and the New York Times said the audio showed one of the pilots left the cockpit and could not get back in before the plane went down.

"The guy outside is knocking lightly on the door and there is no answer," an unnamed investigator told the Times, citing the recordings. "And then he hits the door stronger and no answer. There is never an answer."

"You can hear he is trying to smash the door down," the investigator added.

The passengers of the Germanwings flight that crashed into the French Alps were unaware of the crash "until the last moment" as "cries are not heard until the end", the lead prosecutor said on Thursday.

The 150 people on board died "instantly", prosecutor Brice Robin told reporters and were "unaware" of the crash until the final seconds of the crash.

The retrieval of the recordings came as French President Francois Hollande, Germany's Angela Merkel and Spain's Mariano Rajoy travelled to the crash site in a remote French Alpine region to pay tribute to the 150 victims, mostly Germany and Spanish.

However, while Hollande promised that authorities would not rest until the causes of the crash were known, France's BEA air incident investigation bureau said it was still far too early to draw meaningful conclusions on why the plane, operated by the Germanwings budget arm of Lufthansa, went down.

"We have just been able to extract a useable audio data file," BEA director Remi Jouty told a news conference at the agency's headquarters outside Paris.

"We have not yet been able to study and to establish an exact timing for all the sounds and words heard on this file."

Jouty expected the first basic analysis in "a matter of days" but warned this read-out could be subject to errors and that more work would be needed for a full interpretation.

Although he said "words" had been heard on the tape, Jouty would not confirm whether that meant the Airbus A320's pilots were conscious and he gave no details of the recordings.

The New York Times quoted a senior military official involved in the investigation as saying the cockpit audio showed "very smooth, very cool" conversation between the pilots in the early part of the flight. The audio then indicated one of the pilots left the cockpit.

"We don't know yet the reason why one of the guys went out," the official added. "But what is sure is that at the very end of the flight, the other pilot is alone and does not open the door."

A Lufthansa spokesman said the carrier was aware of the Times story, adding: "We have no information from the authorities that confirms this report and we are seeking more information. We will not take part in speculation on the causes of the crash. "

He said that since the September 11, 2001, hijacked plane attacks on the United States, cockpit doors cannot be opened from the outside, in line with regulations.

Interior Minister Bernard Cazeneuve earlier said a terror attack was not the main hypothesis. Jouty said, however, that no theory could be excluded yet.

While stressing it was too early to form a clear picture, he ruled out a mid-air explosion and said the crash scenario did not appear to be linked to depressurisation.

In what seemed an accelerated push to extract as much early information as possible from the cockpit tapes, BEA officials worked late into the evening at their offices.

Officials did not rule out calling a new news conference quickly if there are concrete developments to report.

Jouty said the second data black box had not been found and said he could not confirm Hollande's remark that its casing had been discovered.

Among the new details, he said the airliner had flown in a straight line directly into the mountain, but would not say whether that seemed to be at the hand of a pilot or auto-pilot.

Germanwings said 72 Germans were killed in Tuesday's crash, the first major air passenger disaster on French soil since the 2000 Concorde accident just outside Paris. Spanish officials said 51 Spaniards were among the victims.

As well as Germans and Spaniards, victims included three Americans, a Moroccan and citizens of Britain, Argentina, Australia, Belgium, Colombia, Denmark, Israel, Japan, Mexico, Iran and the Netherlands, officials said. However DNA checks to identify them could take weeks, the French government said.

Lufthansa Chief Executive Officer Carsten Spohr said the airline had never lost a plane during the cruise stage of flight.

"It is inexplicable this could happen to a plane free of technical problems and with an experienced, Lufthansa-trained pilot," Spohr told reporters in Frankfurt.

Hollande, Merkel and Rajoy thanked search teams and met residents in the village of Seyne-les-Alpes, where the salvaging operation has been set up.

"Dear Angela, dear Mariano, rest assured ... we will find out everything," Hollande told Merkel and Rajoy, pledging to get to the bottom of what caused the crash. "France stands by you."

Merkel replied: "It feels good that in a difficult hour like this that we're standing so closely together in friendship."

A tribute ceremony took place on a site with a view in the distance of the mountain against which the Airbus crashed.

Lufthansa said the 24-year-old plane had just on Monday had repairs to the hatch through which the nose wheel descends for landing. A spokeswoman said that was not a safety issue but that repairs had been made to reduce noise.

Police and forensic teams on foot and in helicopters investigated the site about 100 km (65 miles) north of Nice where the airliner slammed into mountains after what aviation officials called a sharp descent but not freefall.

"When we go to a crash site we expect to find part of the fuselage. But here we see nothing at all," pilot Xavier Roy, coordinating air operations, said of the confetti of debris.

Roy said teams of investigators had been dropped by helicopter onto the site and were working roped together at altitudes of around 2,000 meters (6,000 feet).

Germanwings said it had cancelled one flight on Wednesday and was using 11 planes from other carriers for about 40 flights after some of its crew members had refused to fly.

Employees laid candles and flowers by Germanwings headquarters at Cologne/Bonn airport, while Lufthansa and Germanwings staff worldwide held a moment of silence at 10:53 a.m. local time (0953 GMT) - the moment the plane went missing.

Among the victims were 16 teenagers and two teachers from the Joseph-Koenig-Gymnasium high school in the town of Haltern am See in northwest Germany. They were on their way home after a Spanish exchange visit near Barcelona.

"On Tuesday last week we sent off 16 happy young people, with two happy young colleagues, on a journey and what was meant to be a happy trip ... has ended in tragedy," headmaster Ulrich Wessel told reporters.

The BEA said the plane started descending a minute after reaching cruising height and lost altitude for over nine minutes. The last words of the pilot to the ground confirmed the next navigational waypoint, ending with a call-sign and "thank you".

The A320 is one of the world's most used passenger jets and industry statistics suggest it has a good safety record.

In December, however, regulators ordered a change in procedure after computers on a similar jet - also operated by Lufthansa between Spain and Germany - pushed it downwards as it tried to level off, forcing pilots to intervene.