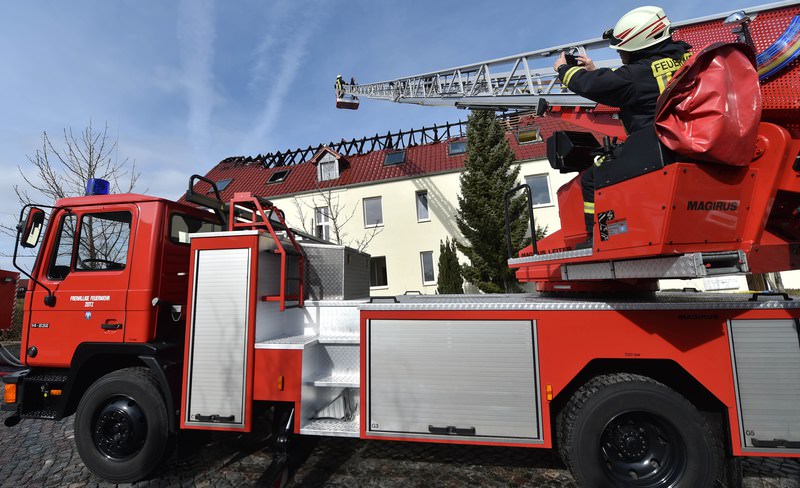 |AFP Photo
by daily sabah Apr 04, 2015 12:00 am
German police has launched an investigation on a fire that has burned down a newly built building for refugees to stay, with suspicion of arson in town of Tröeglitz, in southern Germany. Two people, who were temporarily staying in the building were rescued without any injuries.

The town's mayor, Markus Nierth, had recently resigned due to rise of threats, for his pro-asylum seeker stance, from the Neo-Nazi groups, which have organized a number of demonstrations in town in the recent days.

According to reports, the recent far-right protests were aimed against the newly built building, which would begin housing 40 refugees starting in May. The town of Tröeglitz has a population of 2700. The fire has reportedly caused damaged that will cost thousands of dollars.

Germany has been witnessing an increase in anti-immigrant and anti-Muslim demonstrations organized by the far-right groups, particularly under the umbrella of the Patriotic Europeans Against the Islamization of the West, PEGIDA. The Dresden-based seperatist group was founded in October 2014. Soon after its establishment, Germany witnessed several anti-Islam demonstrations and racially-motivated attacks organized by far-right extremist groups.
Last Update: Apr 05, 2015 3:30 pm
RELATED TOPICS