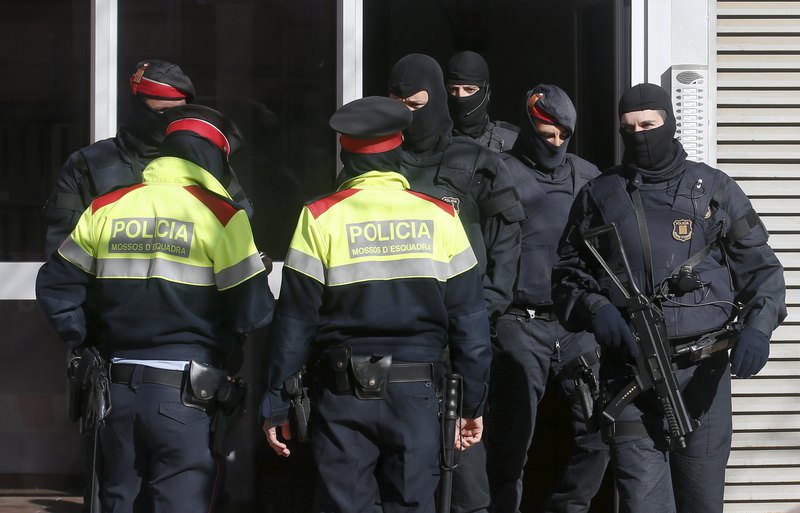 by Daily Sabah with AP Apr 08, 2015 12:00 am
Police in northeastern Spain say they have arrested eleven people for suspected links to the self-proclaimed Islamic State of Iraq and al-Sham (ISIS).

A Catalan regional police statement said the arrests took place on Wednesday in five northeastern towns, including the regional capital of Catalonia, Barcelona.

It said some 360 Mossos d'Esquadra regional police officers took part in 13 raids in one of the region's biggest operations against terrorist activity. The operation was coordinated by the National Court in Madrid.

Spain has arrested dozens of suspected militants and recruiters in recent years.

Last week, police in Catalonia arrested four members of a family, including 16-year-old twin boys who were allegedly about to travel to Syria to become ISIS fighters.