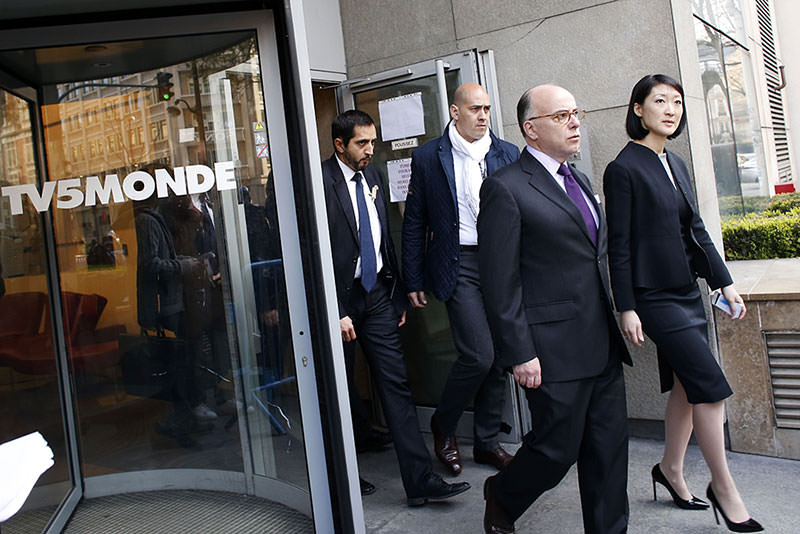 The Paris-based company, whose programmes are broadcast in more than 200 countries worldwide, was the target of a cyberattack that is "unprecedented for us and unprecedented in the history of television," TV5Monde boss Yves Bigot told AFP.

"Since 5:00am (0300 GMT), we have only been able to put out a single programme on all our channels. For the moment, we are unable to produce our own programmes. We won't be back up until 2 pm," Bigot added.

"When you work in television... and you find out that your 11 channels are down, of course that's one of the most dreadful things that can happen to you," he said.

The hackers took control of the station and its social media operations late Wednesday, blacking out the TV channels and posting documents on its Facebook page purporting to be the identity cards and CVs of relatives of French soldiers involved in anti-ISIS operations, along with threats against the troops.

"Soldiers of France, stay away from the ISIS! You have the chance to save your families, take advantage of it," read one message on TV5Monde's Facebook page.

TV5Monde regained control of its social networks by 2:00am Thursday but television broadcasts were likely to take hours, if not days, to return to normal. The attack would have required weeks of preparation, Bigot added.

Its website was still offline at 11 am and displaying an "under maintenance" message.

Prime Minister Manuel Valls said the hack was an "unacceptable attack on the freedom of information and expression", voicing "total solidarity with the editorial staff."

Senior government members flocked to the station to show their support, with Interior Minister Bernard Cazeneuve saying: "We are up against determined terrorists ... we are determined to fight them."

Foreign Minister Laurent Fabius said: "Everything is being done to find those who carried this out, punish them, re-establish the programmes and prevent cyberterrorists threatening freedom of expression in the future."

The hackers had accused French President Francois Hollande of committing "an unforgivable mistake" by getting involved in "a war that serves no purpose".

"That's why the French received the gifts of Charlie Hebdo and Hyper Cacher in January," it said on the broadcaster's Facebook page, referring to attacks by gunmen in Paris on the satirical magazine and Jewish supermarket that left 17 people dead over three days.

France is part of a US-led military coalition carrying out air strikes against ISIS in Iraq and Syria, where the group has seized swathes of territory and declared a "caliphate".

Close to 1,500 French nationals have left France to join the militants' ranks in Iraq and Syria, where they represent almost half the number of European fighters present, according to a report released Wednesday by the French Senate.

In February, the Twitter feed of Newsweek was briefly hacked and threats were made against President Barack Obama's family.

And in the immediate aftermath of the Charlie Hebdo attacks, hackers claiming to be ISIS militants hijacked hundreds of French websites, flooding them with propaganda.

"We are putting out an emergency programme so that we're not left with a black screen. We don't have emails. The whole IT system is down," TV5Monde's human resources director, Jean Corneil, told AFP.