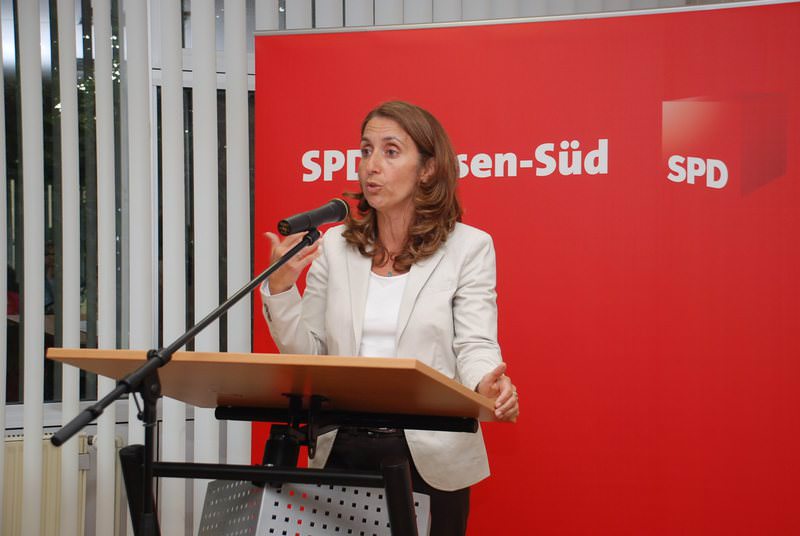 by Daily Sabah with IHA Apr 13, 2015 12:00 am
Federal Immigration and Integration Minister of Germany, Aydan Özoğuz has revealed that she is receiving death threats.

The minister from the Social Democrats of Grand Coalition, Özoğuz, stated in an interview to the Welt am Sonntag newspaper that she is receiving death threats every day, and that they've become part of her daily life. Özoğuz also indicated that the threats are Islamophobic, such as one that said "Muslims, leave Germany now, you should all be hung in scaffolds."

Stating that she is receiving the threats by social media, mostly Facebook, she added "We haven't been able to receive an answer to our appeals to Facebook about the threats. I'm not the only one receiving them, other ministers in Berlin also receive these kinds of threats."

The minister also purported that she has given the written threats to the police, but didn't receive any satisfactory result, and added that she is not afraid of any potential threats.

In Germany, the far-right and neo-Nazis have been on the rise in recent years, in parallel with the rising racism and nationalist governments in Europe.
Last Update: Apr 13, 2015 6:20 pm
RELATED TOPICS