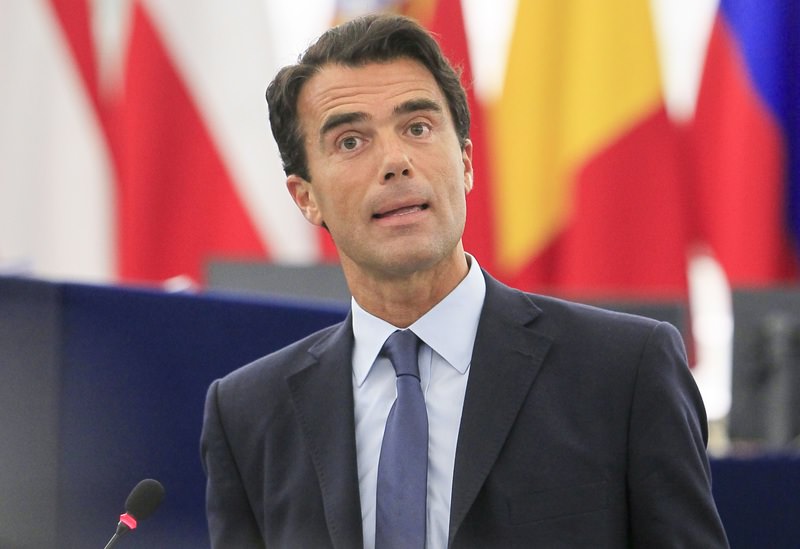 by daily sabah Apr 13, 2015 12:00 am
Italian under-secretary for Europe, Sandro Gozi on Sunday said that the Italian government will not describe the 1915 events as Armenian 'genocide' after Pope Francis called the killings of Armenians during World War I "the first genocide of the 20th century".

"It would be inappropriate for the Italian government to officially acknowledge the Armenian 'genocide', it is not for governments to decide what happened 100 years ago, resolving that controversy is up to historians."

"Commenting on the historical events always creates strong divisions, so the governments should not use the term 'genocide'," Gozi said in an interview on Italian private television channel LA7.

Answering whether Turkey's stance over the 1915 events can be an issue for the country's entry into EU, Gozi said: "With Turkey we are addressing today's problems, not a hundred years ago : human rights, minorities and democracy. "

During Sunday's Mass at the St. Peter's Basilica, which Armenian President Serzh Sargsyan also attended, the pontiff said: "In the past century, our human family has lived through three massive and unprecedented tragedies.

"The first, which is widely considered the first genocide of the 20th century, struck your own Armenian people, the first Christian nation, as well as Catholic and Orthodox Syrians, Assyrians, Chaldeans and Greeks and, more recently, there have been other mass killings, like those in Cambodia, Rwanda, Burundi and Bosnia."

Responding to the Pope's remarks, Prime Minister Ahmet Davutoğlu said: "Only highlighting one side's suffering during wartime and discriminating the other's pain is not appropriate for the pope and the authority that he holds."

Davutoğlu also said that the pope's one-sided and incoherent statement gives credence to rising racism and an anti-Turkish approach in Europe.

The Foreign Ministry summoned the Vatican's envoy to Ankara and recalled its ambassador to the Vatican for consultation and related the message that the incident has caused a "loss of trust" and would be met with a response.

The Foreign Ministry also released a statement regarding the incident, saying: "Pope Francis, who has defended the opinion of building peace and friendship between different groups around the world since the day he was assigned as pope, has discriminated people's suffering, overlooked atrocities that Turks and Muslims suffered in World War I and only highlighted the suffering of Christians, especially that of the Armenian people."

Foreign Minister Mevlüt Çavuşoğlu also slammed the pope's statement earlier in the day on social media, saying: The pope's statement, which is out of touch with both historical facts and legal basis, is simply unacceptable.

"Religious offices are not places through which hatred and animosity are fueled by unfounded allegations," Çavuşoğlu posted on Twitter. He also said: "The pope called the 1915 incidents a 'genocide,' which lacks any competent court judgment, while describing the events that took place in Bosnia and Rwanda as 'mass killings,' which are recognized as genocides by competent international courts. There is a contradiction and discrimination there." He made the comments while addressing a joint press conference with Mongolian Minister of Foreign Affairs Lundeg Purevsuren in the Mongolian capital of Ulaanbaatar.

The Turkish government has repeatedly called on historians to study Ottoman archives pertaining to the era to uncover what actually happened between the Ottoman government and its Armenian citizens.

In 2014, then-Turkish Prime Minister Recep Tayyip Erdoğan expressed his condolences for the first time to all Ottoman citizens who lost their lives in the events of 1915.

"May Armenians who lost their lives in the events in the early twentieth century rest in peace, and we convey our condolences to their grandchildren," Erdoğan had said.