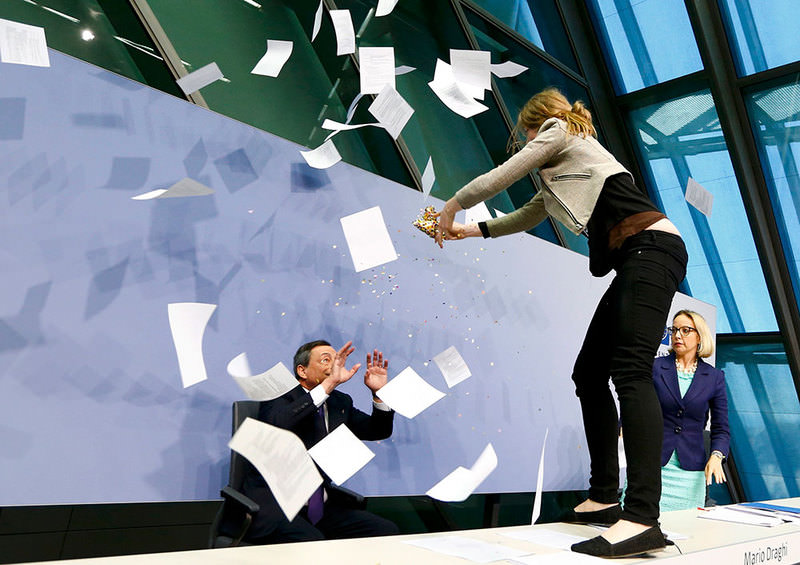 
A woman protesting against European Central Bank policy leapt onto a desk in front of ECB President Mario Draghi on Wednesday as he spoke at a news conference, disrupting the normally technical presentation before she was carried away.

"End the ECB dictatorship," she shouted, throwing what appeared to be confetti and sheets of paper. Her T-shirt bore a similar message, spelling it "Dick-tatorship".

She flashed a V for victory sign and smiled as two men in grey suits took her away holding her arms and legs.

A startled Draghi held up his hands as protection, but was otherwise relatively unruffled. The news conference started again shortly afterwards.

It was not clear where the woman was from or what her specific protest was. Some Europeans are angry at austerity imposed on their countries by the European Union, backed up in some cases by ECB rules.