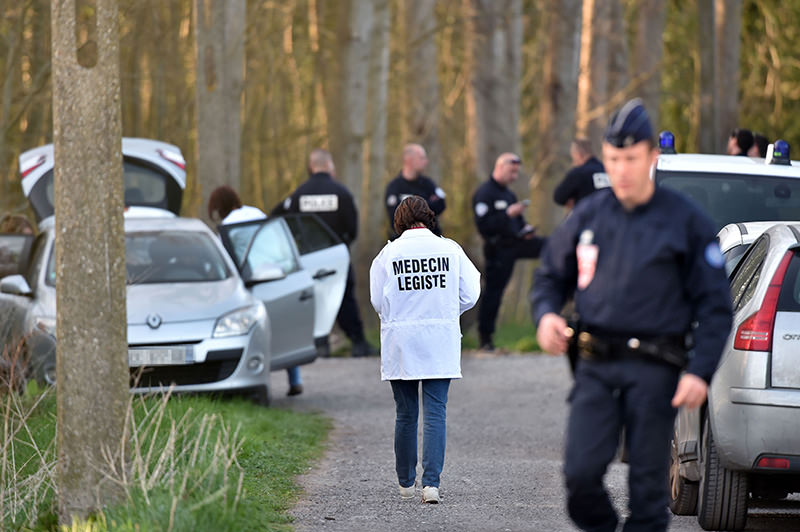 A medican examiner walks near the site in the Dubrulle forest where the dead body of an 8-year-old girl was found near the port of Calais, northern France, on April 15, 2015 (AFP Photo)
by Compiled from Wire Services
Apr 16, 2015 12:00 am
A nine-year-old girl, named Chloe by French media, has been found dead in woods just hours after being abducted in Calais, northern France, late on Wednesday.

Her mother told French broadcaster BFMTV that she had left her daughter alone for five minutes to change her two younger children, and when she returned, she saw the attacker forcing her into a car.

The body of the girl was found nearby about two hours after her abduction.

The man believed to be her attacker was apparently found near the scene and was in possession of the car's keys. He was promptly arrested.

A 38-year-old Polish national, recently released from prison, is being held by police over the murder, BBC reported.
French media said the child had also been raped and strangled, citing police sources.

The tragic murder, which has had wide media coverage in France, has shocked the country.

According to the BBC, the mayor of Calais said the town was in mourning and called for a memorial march on Thursday evening.