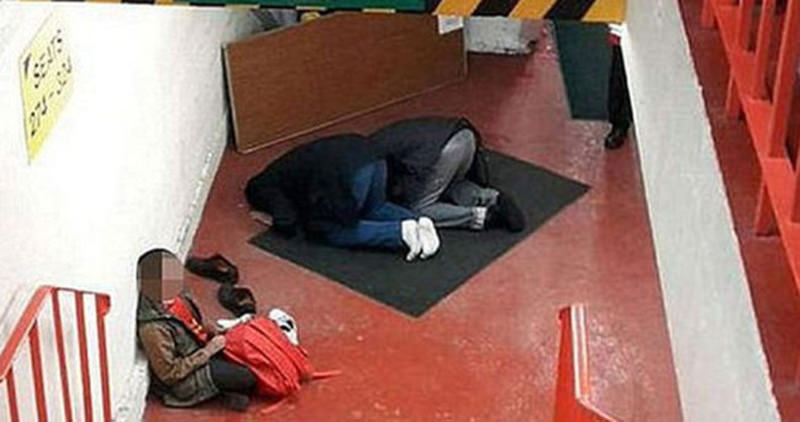 by Compiled from Wire Services Apr 16, 2015 12:00 am
A Liverpool fan caused outrage on Twitter after posting a picture of two Muslim men praying at a stadium during half-time and using the hashtag 'disgrace'.

He captioned the tweet, which includes the picture of solicitors Asif Bodi and Abubakar Bhula: "Muslims praying at half time at the match yesterday #DISGRACE."

In a statement released on Tuesday, Liverpool FC said that it was investigating what action should be taken.

"Last month, Liverpool Football Club received complaints of a tweet showing an image of Muslim fans praying during half time at Anfield accompanied by comments that were offensive to the complainants," Liverpool said.

"The club reported the tweet, which was posted online on Sunday 8 March 2015, to Merseyside Police.

"Merseyside Police investigated the matter and has referred this to LFC to take appropriate action against the individual involved. The club is currently in the process of determining appropriate action to take and a further update statement will be made in due course."

The club also added that they do not tolerate any form of discrimination and are committed to ensuring that the club and Anfield provide a welcoming and safe environment for all fans.

In 2013, a group of West Ham supporters were abused by onlooking fans because they were praying behind the main stand at Upton Park during a match, according to the Daily Mail.
Last Update: Apr 16, 2015 5:47 pm
RELATED TOPICS