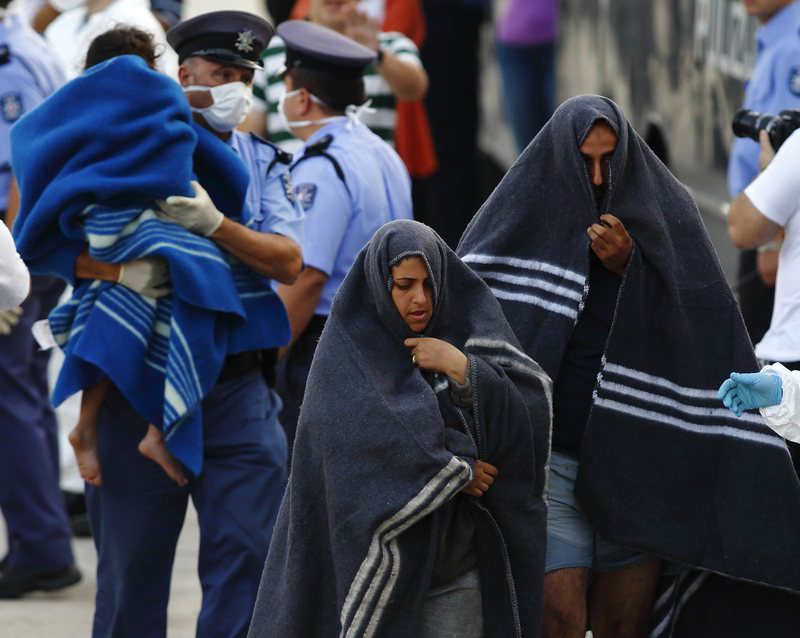 The EU has failed to respond to the unstoppable immigration crisis off its southern coasts, becoming a problem for the fundamental principles of respect for human rights

After a series of deadly migrant disasters on the Mediterranean Sea, the EU is now taking action, adopting a 10-point plan to tackle illegal migration, aiming to tackle the immigration crisis off its coasts. The current immigration policy is considered unsustainable, as its fundamental principles of respect for human rights and freedoms has severely deteriorated due to the bloc's inaction to prevent the deaths of hundreds of people when trying to cross the sea to enter Europe. During the emergency meeting on Tuesday, EU foreign ministers agreed to share responsibility to resettle refugees, to stop human trafficking networks and strengthen the duty to save lives at sea with more effective maritime operations.

"The European political leadership will need to provide the appropriate response that is built on fundamental European values, human rights, human dignity, responsibility, solidarity among themselves and with the world," Volker Türk, assistant U.N. High Commissioner for Refugees (UNHCR) told a Geneva news conference on Tuesday. "Obviously the devil is in the details. We need to make sure that the asylum component and the protection of people component is one that is prioritized within these measures," he said, while urging Europe to help Greece and Italy to share the heavy burden they face due to the unstoppable flow of refugees and migrants to their shores.

In the face of the overflow of migrants from the Middle East and Africa trying to reach Europe with hopes of better lives, how the EU deals with the immigration crisis is becoming a major problem for European countries. Ahead of the European summit that will take place on Thursday, French President François Hollande stressed the importance of solidarity and unity among the EU bloc in providing effective measures to stop further human tragedies off European shores. "The European summit on Thursday cannot be an ordinary summit where we make ordinary decisions. We must go much further … and tackle these questions that have become intolerable," Hollande said.

Amid the chaos and political instability in Libya, many African refugees have fled violence-hit Somalia and Eritrea, and have taken shelter in U.N. refugee camps, with the ultimate goal of reaching Europe's borders. Many African refugees consider Libya a gateway to Europe where they can take shelter in peace and quiet. "The fundamental question that must be addressed is Libya," Congolese President Denis Sassou Nguesso said, stressing the crisis in Libya must be "seriously taken in hand. Europe and Africa must work together to solve the problem. … The Libyan state must exist. If it existed and functioned normally, I think we would better contain these criminals," he said, while calling on the African Union to cooperate with the EU to solve the immigration crisis.

Considering the sharp increase in the number of migrants trying to reach Europe's border, EU policies on migrants has been accused of undermining the value of human life while imposing strict measures over search and rescue operations. The new EU policy on sea rescues, Operation Triton, has led to many more migrant deaths and possible future tragedies due to the limited scope of the operation on the Mediterranean Sea.
Last Update: Apr 22, 2015 10:44 am
RELATED TOPICS