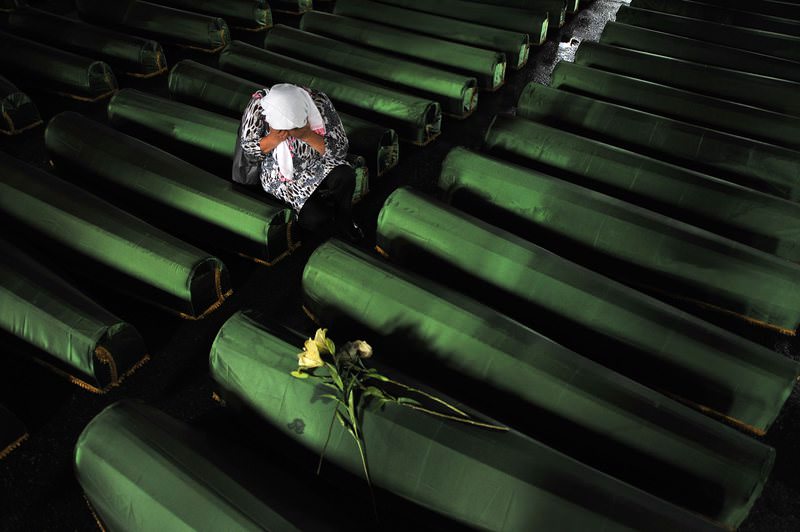 |File Photo
by Anadolu Agency Apr 21, 2015 12:00 am
Pope Francis's comments on the Armenian 'genocide' have been condemned by the Mothers of Srebrenica.

The group, which represents the mothers of around 8,000 Muslim men and boys massacred by Serbian paramilitaries in July 1995, criticized the pontiff's description of the massacres of the Bosnian wars of the 1990s as "mass killings" while labeling the deaths of Ottoman Armenians in 1915 as 'genocide.'

In an interview with The Anadolu Agency, Mothers of Srebrenica Vice President Kata Hotic highlighted a February 2007 ruling by the International Court of Justice that said that the Srebrenica killings amounted to genocide.

On April 12, during a mass in Rome, Pope Francis referred to the 1915 killings of Armenians in the Ottoman empire as the "the first genocide of the 20th century," angering Turkey, which has never accepted that the loss of life amounted to genocide, and leading to Ankara recalling its ambassador to the Vatican.

The pope said the crimes of the Nazis and the Soviet Union under Stalin were the other genocides of the century while describing massacres in Cambodia, Rwanda, Burundi, and Bosnia as 'other mass killings.'

The pope made no reference to the millions who lost their lives in China under Mao Zedong.

Mothers of Srebrenica President Hatice Mehmedovic, who lost two sons at Srebrenica, called on the pope to "learn the facts."