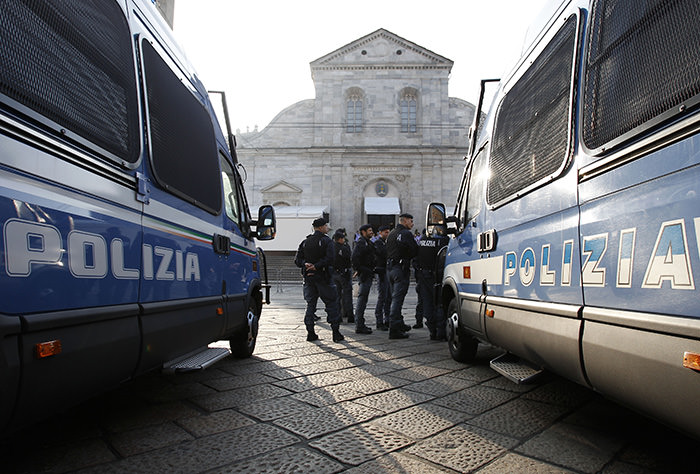 |AP Photo
by reuters Apr 24, 2015 12:00 am
Italian police said on Friday they were carrying out a "vast anti-terrorism" operation against an organization inspired by al-Qaeda that wanted to support attacks against Pakistan's government and U.S. forces in Afghanistan.

Police said they were issuing 18 arrest warrants in the operation centered on the Italian island of Sardinia and involving seven Italian provinces. Some of the arrests have already taken place.

Some under investigation were believed to be responsible for attacks in Pakistan, including one on a market in the northwestern frontier city of Peshawar in 2009, a police statement said.

Police wiretaps had determined that two people were part of a group that had protected Al Qaeda leader Osama bin Laden, who was killed by U.S. Special Forces in a raid on his hideout in Abbottabad, Pakistan in 2011, another statement issued later said.

All the suspects were Pakistanis or Afghans, anti-terrorism police official Mario Carta told Reuters by telephone.

Some had been arrested in Italy and others were believed to have left the country, he said, adding that the operation was still in progress.
Last Update: Apr 24, 2015 5:32 pm
RELATED TOPICS