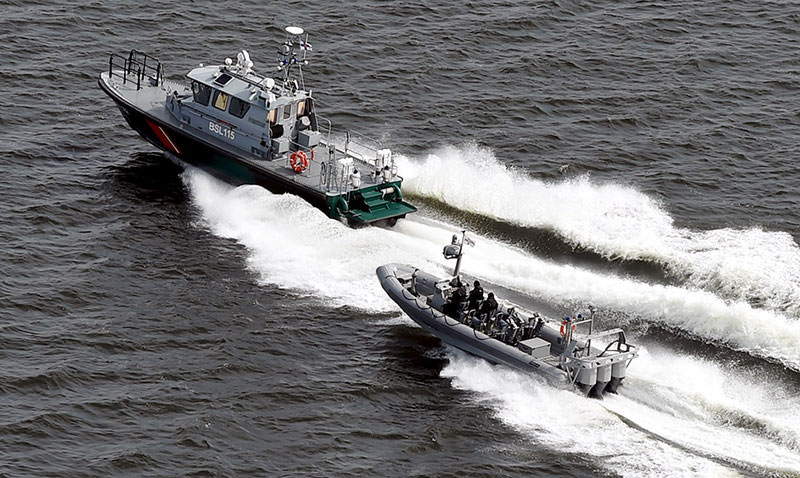 Boats of the Finnish Border Guard patrol the waters outside Helsinki Tuesday, April 28, 2015 (AP Photo)
by French Press Agency - AFP Apr 28, 2015 12:00 am
Finland said on Tuesday its navy had fired warning shots at a possible submarine off the coast of Helsinki in the early hours of the morning.

"During surveillance of (Finland's) territorial integrity, the navy detected a possible underwater object at midday (0900 GMT) on April 27, 2015, within Finland's territorial waters close to the border outside Helsinki," the defence ministry said in a statement.

A second sighting was made during the night and "a warning was given with light depth charges at three in the morning," the ministry added.

No further sightings were reported after the warning shots and no details have been given of the type of vessel that was detected.
The incident comes during an uptick in Russian military activity in the Baltic which has prompted non-aligned Finland to announce closer military cooperation with its Nordic neighbours -- including NATO members Norway and Denmark.

Finland shares a 1,340-kilometre (830-mile) border with Russia, and has aimed to maintain good relations with its powerful neighbour since the end of World War II.

In October, Sweden's armed forces hunted unsuccessfully for a week for what they believed to be a foreign submarine in waters close to the capital Stockholm, after several observations were made.