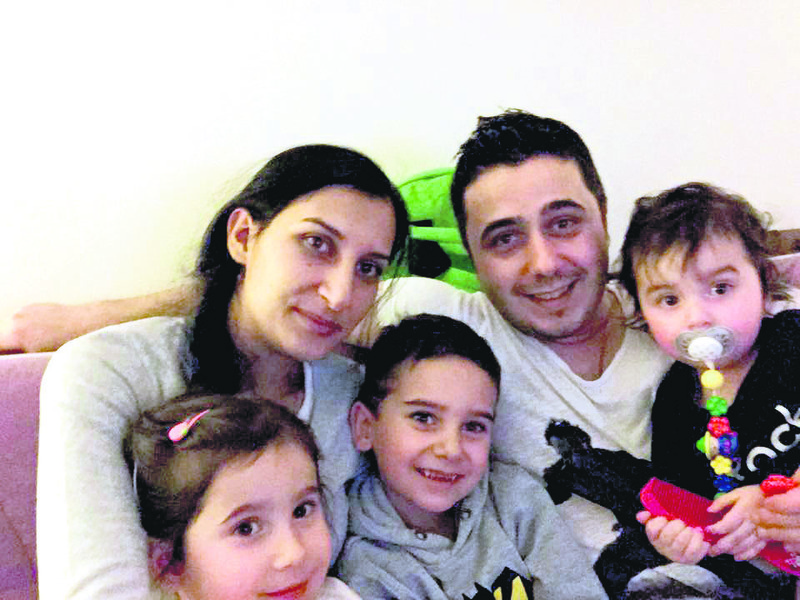 Norway's child welfare service, the Barnevernet, has not only intervened to restrict families' parental rights, but also continues to forcibly take children away from their families with ‘little or no reason,' often based on unfounded claims, according to a human rights lawyer

"Mother slices bread too thin. Too much soap is used for cleaning in the house; the child is harmed by that.

The mother takes care of her daughter properly, but cannot pay the same attention to her son."

The above statements are only several of the grounds that are shown by the Child Welfare Service of Norway (Barnavernet) to detach children from their families.

Families are scared. They are neither immigrants nor Norwegians. A police team might knock on their door at any moment and seize their children.

Norwegian human rights attorney Marius Reikaras and Sedef Mustafaoğlu, who could narrowly save her children thanks to a complete coincidence and return to Turkey, narrate and verify the abovementioned practices.

Turkey has been mentioning the tortures of the German Youth Office (Jugendamt) for years, but it has not been informed about what is going on in Norway. A few months ago, Pandora's Box was opened when Halil Kiriş's experiences were revealed. Upon that, the scandals in Norway started to be unveiled one by one. It turned out that the Kiriş's experience was only a drop in the ocean.

The incident started when Kiriş's 3-year-old daughter told her teacher at kindergarten about her dream influenced by the cartoon character the Hulk. The teacher interpreted the child's fantasy world in a paranoid way and called experts from the Barnavernet. The child was seized and police officers detained Kiriş after raiding his workplace.

It is reminiscent of the "Twilight Zone." Kiriş was kept under surveillance for three days and his demand for an attorney was not fulfilled. However, the longest surveillance period in Norway is 48 hours, and a demand by a lawyer must be fulfilled immediately. Kiriş arrived in Turkey by means of his lawyer after he was released. And with the intervention of Turkey's Foreign Ministry and the Presidency for Turks Abroad and Related Communities (YTB), the little child was returned to her family. According to reports, the kindergarten teacher was suspended from duty.

The Kiriş family is lucky to have saved their child. Marius Reikaras, who appeared in the television show "Avrupa'da Gündem" (Agenda in Europe) on ATV Europe last Sunday, has dozens of lawsuits similar to that instance. Some of them are being transferred to the European Court of Human Rights. In coming days he is to make a presentation on human right violations in Norway at the European Parliament.

Reikaras is an idealist legal expert who has devoted himself to this cause. He gets various threats. On one occasion, he was arrested for no reason and kept under surveillance for 30 days and his attorney's license was also seized. He was acquitted and regained his license after his legal battle, but he says the threats are ongoing.

Reikaras said that since the Norwegian government signed the 1961 Vienna Convention, it has to inform the relevant countries about the ethnicity of the children it seizes, but it does not fulfill this duty. "Law is disregarded in Norway. The events befalling Kiriş are neither the first, nor the last instance," Reikaras said.

The Barnavernet constantly watches immigrant citizens just like "Big Brother." The immigrant families are always asked for a location notice in case they might send their children to their homelands.

"I have a Syrian client. They phoned him and ordered him to deliver his children in two hours. The Syrian father had to surrender his children. He still has no idea about the cause. Another Norwegian family was raided by police while they were eating at a fast food restaurant with their three children. The reason in this case also is unknown. The police just took away the children."

There are 1 million children under the age of 18 in Norway, and 60,000 of them have been seized by this institution. Actually, the cause of this is no different to Germany. The institution acts as an economic wheel that crushes children between its gears. But it can be asserted that the social department in Norway is far more merciless than the one in Germany. The reason for that is of course the profit obtained from this wheel, as the state pays 2.5 million krone ($325,500) per child to the Barnavernet. Consequently, thousands of officers working at the institution are paid thanks to the seized children. And when we consider that the social department authorities seizing children receives a 150,000 krone bonus payment per child, you can comprehend why seizing children has become that appealing. They even organize a feast for every seized child, which is also an indicator of that.

There is also the factor of foster parents. According to data, dramatic resemblances are often observed between the surnames of those selected as foster parents and of those working for the institution. Being a foster parent is also very appealing since annually 300,000 krone is paid per child to them. Some privileged families enjoy great prosperity by fostering three or four children.

But as mentioned above, insufficient family income is also shown as a ground for seizure. Sedef Mustafaoğlu is one of them. She was about to lose her children since she was underpaid and changed her residence two times.

"My salary was 16,000 krone. My husband was earning a little more. They laid their eyes on us. They came over and said that our income was insufficient. One of my children suffers from epilepsy. I had to show special care to him. One day they invited my 17-year-old daughter to the institution for an interview. I hesitated at first, but then I quickly packed my stuff and fled to Turkey. A few days later, a person at the institution whom I do not want to identify informed us that there was a file on us. If we had waited a little more, they would have seized our children. He even informed us on the content of the file. One of the reasons was that I made my epileptic son sleep in my bedroom. The real sick ones are the institution's officers. I make my son sleep in my room in case something urgent happens at night since he is sick. Fortunately, I could escape them, but now I am afraid to return to Norway, which is my second home since I moved there when I was only 9 and spent 32 years of my life there."

Mustafaoğlu said it would be better if they share some of the money they allocate for foster parents with the underpaid parents.

"Their actual motivation is different. An official mafia is operating here; a state mafia that abducts children."

Meanwhile, a series of tragedies caused by foster parents are being observed:


One instance is the story of a girl named Ann Helen Nilsen, who was detached from her family when she was 15. The girl was given to a man, who was jailed on rape charges, to foster her, and hence she was exposed to violence and sexual assault for five years.

A 50-year-old woman fostering a 7-year-old child imposed violence on the child for years and stabbed his arms and legs many times.

A 16-year-old boy was caught and subjected to brute force by police while he was trying to escape to see his father. His father was kept in jail for three days for sharing the records of the violence imposed.

Hundreds of children were made victims of drugs and similar addictive substances while living in dormitories.

Some 944 people who grew up "under the tutelage of" Social Services Department sued Oslo Municipality for the negligence and violence they were subjected to by the institution between 2006 and 2008. Oslo Municipality was fined 562 million krone for compensation as a result of the case.

It was revealed that in 52 lawsuits opened since 2000, some 1,500 children were victimized and exposed to sexual abuse while they were under the auspices of the institution.

"If you work for human rights in Norway, anything can happen to you at any time," Reikaras claimed. For this reason, Prime Minister Bohuslav Sobotka of the Czech Republic, who harshly criticizes the Norwegian state for using Nazi methods on parents and children, proposed citizenship for him. Reikaras finally mentioned the mysterious death of Tor Bertelsen, a human rights attorney who was constantly under threat and whose attorney license was canceled.

"Unless other countries apply sanctions on Norway, 'the threshold of democracy,' and unless the country's implementations are revealed, this barbarism will not end," he said.