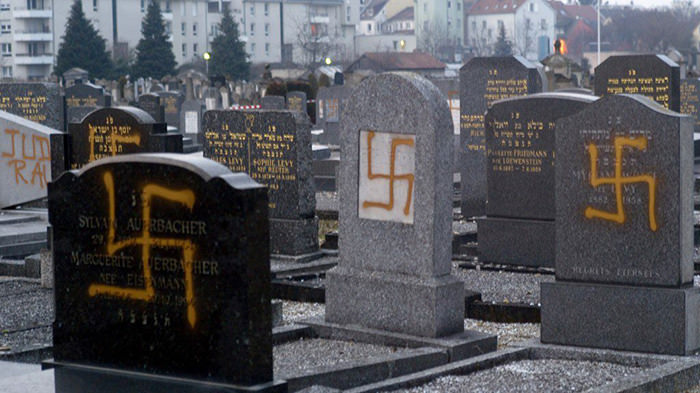 The UN is now concerned over racism in France, hinting that the principle of equality for minority groups, including Muslims and Jews, has failed

Human rights violations against minorities in France were condemned by a special UN panel in a two-day review of racial discrimination in the country, with experts saying that racism is being trivialized in French society. "We see that the principle of equality is not completely reflected … above all due to intolerance and racism," said Ion Diaconu, the president of the UN Committee on the Elimination of Racial Discrimination.

Apart from the UN, the EU earlier condemned rising racism and xenophobia in France in a report on human rights violations in France released by the Council of Europe in February. The report called on France to combat the alarming rise of intolerance and racism against all minority groups while addressing issues of vandalism and hatred toward Muslims, Jews and the prevailing discrimination against immigrants, the Roma community and the social exclusion of the disabled.

Today, a growing number of French citizens consider multiculturalism to be a cause of social problems in the country. Many mainstream French politicians like former President Nicholas Sarkozy and incumbent Prime Minister Manuel Valls publicly denounced the heavy flow of immigrants while demanding a degree of assimilation into French society by immigrants and adhering to a degree of "Frenchness." France's assimilationist policies for Muslims have long been criticized, as it is believed that they are at odds with the founding principles of the country of equality, liberty and fraternity. Instead of welcoming immigrants as equals, the French government prohibits all religious symbols and affiliations to be displayed in public, such as schools and government buildings. The place of religion in public became a nationwide issue after the 2004 law banning headscarves. Since then, the display of religious difference has become an important issue in French society.

France is home to the largest Muslim population in Europe, estimated at between 4 million and 5 million. The French Muslim community represents approximately 6 percent of the total population of 58.5 million. However, French Muslims do not feel safe due to increasing revenge attacks on Muslims in the aftermath of the Charlie Hebdo massacre. Anti-Muslim attacks have risen six-fold in the first three months of the year compared with the same period in 2014, hitting 222 reported violent attacks, according to French Ministry of the Interior figures.

Reports of attacks on mosques and Muslim-run businesses in various places in France have led many French Muslims to fear rising Islamophobia. The threat posed by many French militants affiliated with the radical Islamic State of Iraq and al-Sham (ISIS) has led to growing intolerance for the Muslim community. With the rise of far-right extremism, peace and solidarity has slowly eroded in French society. The misrepresentation of Islam by militant groups like ISIS, al-Qaeda, Boko Haram and the Taliban trigger more fear and anti-Muslim sentiment, not only in France, but also in many Western countries. As these militant groups have carried out violent attacks and killed many, people in Europe are more inclined to act violently against Muslims and immigrants while supporting far-right political parties.
Last Update: Apr 29, 2015 5:54 pm
RELATED TOPICS