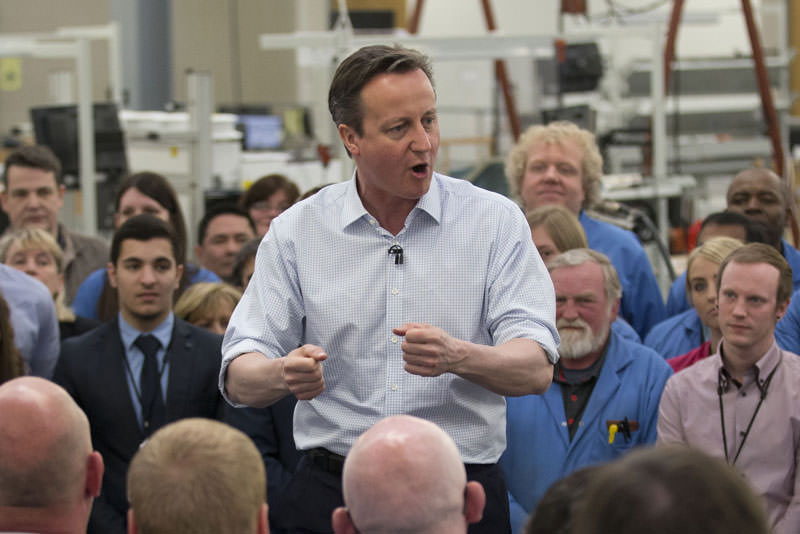 by reuters Apr 29, 2015 12:00 am
British Prime Minister David Cameron will on Wednesday pledge not to increase taxes if his Conservative Party wins the May 7 general elections.

Cameron will announce that the future Conservative Government will introduce a law within the first 100 days that will guarantee no increases to income tax, VAT or national insurance during the lifetime of the next parliament.

The Conservatives tax pledge will ensure that people working 30 hours on minimum wage will not pay income tax, the tax-free personal allowance will rise to 12,500 pounds by 2020 and the 40 pence tax threshold will increase to 50,000 pounds by 2020.

"When it comes to your tax bill: do you trust the people who taxed you to the hilt when they were in power and still haven't come clean about the taxes they want to increase next time round? Or do you trust the Conservatives, who have cut income taxes for 26 million people, and who will cut your taxes again next time?" Cameron is expected to say.

With a little over a week before voting, opinion polls show that Cameron's Conservatives are neck and neck with the opposition Labour Party with neither likely to win an outright majority.

In an email sent in response to Cameron's plans, Labour said that the Tories have made billions of pounds of promises without saying where the money is coming from.

"This is a desperate last minute gimmick from the Tories which nobody will believe a word of. David Cameron broke his promise not to raise VAT last time and if he gets the chance he'll do the same again," said Chris Leslie, Labour's shadow chief secretary.
Last Update: Apr 29, 2015 11:04 am
RELATED TOPICS