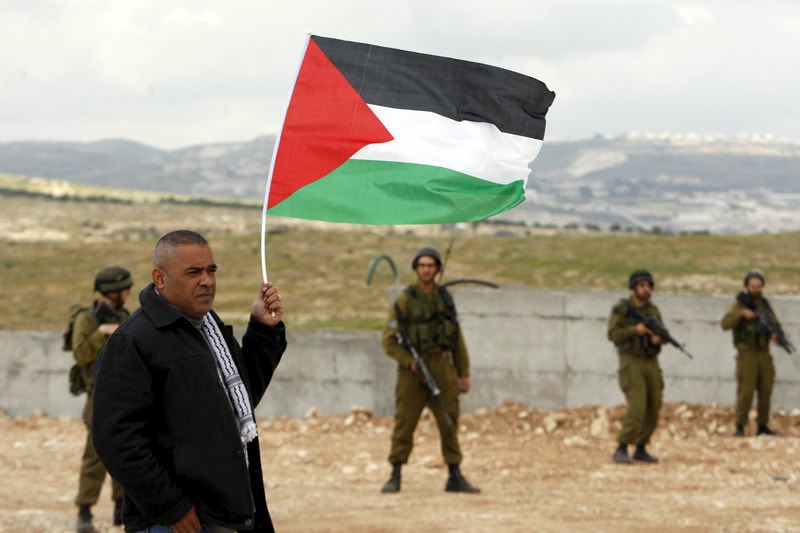 by Daily Sabah with AA May 03, 2015 12:00 am
The Palestinian flag has been listed among the symbols of terror organizations in a seminar held by Örebro police in Sweden, the first European Union member country to recognize the State of Palestine.

Following the reports of some youths joining the self-proclaimed Islamic State of Iraq and Sham (ISIS) in Iraq and Syria, local police held a seminar against terror organizations upon the request of a high school in the city of Örebro.

During the seminar, the flag of Palestine was shown among the flags of terror organizations.

Police chief Jonas Hysing told a local newspaper that the Palestinian flag was listed as the same symbol also being used by Abu Nidal Organization (ANO).

Hysing said that the documents are provided by the National Counterterrorism Center of the U.S. (NCTC), and added the flag will not be removed from the list but an explanatory note will be added below.

Sweden was the first country to recognize Palestine while being a European Union member, through the government decision of October 30, 2014.

ANO was split from Yasser Arafat's Fatah during the 1970's, and carried out attacks against leading Fatah and Palestine Liberation Organization (PLO) figures as well as Israelis.