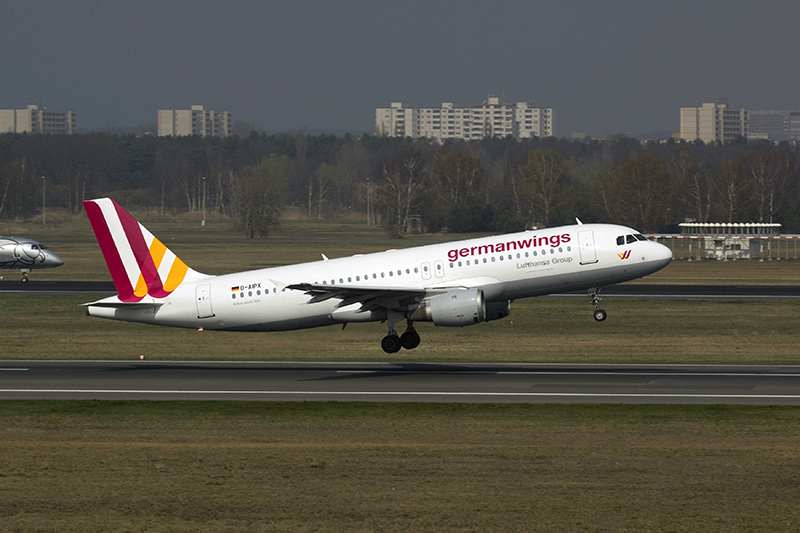 by Anadolu Agency May 06, 2015 12:00 am
The Germanwings co-pilot suspected of deliberately crashing the aircraft in the French Alps in March had in fact practiced rapid descent on a previous flight, French investigators revealed Wednesday in a new report.

Lubitz allegedly changed the autopilot controls to practice descent and tried a controlled descent on the outbound flight coming from Duesseldorf to Barcelona on the same A320 jet.

"(The co-pilot) intentionally set the autopilot instructions to control the descent of the aircraft until its collision on the ground," the report said.

"During the previous flight, he (the co-pilot) had repeated the gesture, but with no significant effect," Jouty, quoting from the report, said.

"I can't speculate on what was happening inside his head, all I can say is that he changed this button to the minimum setting of 100 feet and did that several times," he added.

Within days after the crash in March, police said they found medical documents in Lubitz's house showing he had had suicidal tendencies in the past.

But he left neither a suicide note nor letter indicating a political or religious background for his apparent act.

But Lufthansa confirmed a week later that an internal investigation revealed Lubitz had informed the company in 2009 about his medical treatment for a "previous episode of severe depression."

The company promised to help prosecutors for the investigation by providing all relevant information.

The air disaster in March was one of the most tragic incidents in recent German history and the first deadly crash of a Germanwings plane since the low-budget airline was founded by Lufthansa in 2002.

The BEA is expected to issue a final report in about a year that will tackle the "systemic failings that may have led to this accident or similar events" and focus on the "the current balance between medical confidentiality and flight safety" and the "compromises" made on security after the September 11 attacks in the U.S., notably on cockpit door locking systems.