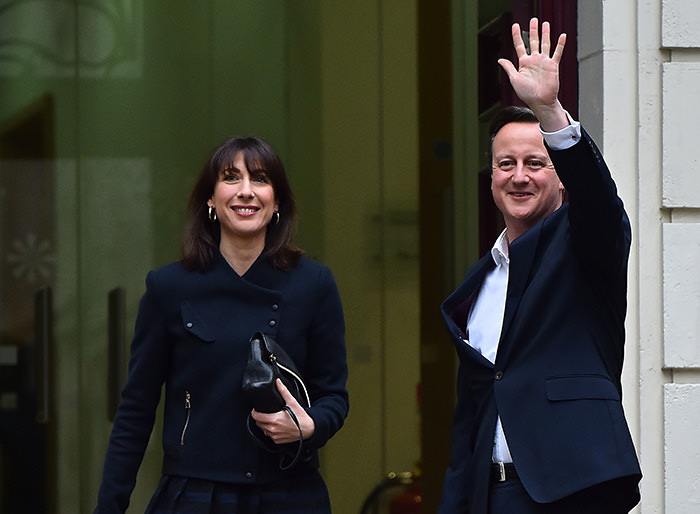 by Daily Sabah with AA May 08, 2015 12:00 am
The U.K.'s "first-past-the-post" voting system was designed for two-party politics, so when several parties contest a British election, results do not necessarily reflect the popular vote.

But the popular vote was split between the two major parties, with the Tories at 37 percent and Labour at 31 percent according to latest count of votes broadcast by BBC.


Results coming through Friday showed an outcome unpredicted in opinion polls before the election, with the Conservatives showing an unexpected level of success and Labour and the Liberal Democrats left devastated in what many observers said was the biggest surprise in a general election since 1945. 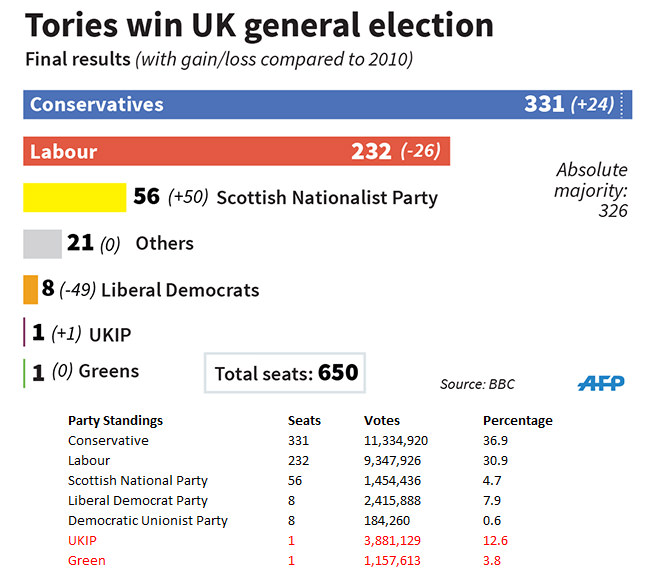 Why doesn't the division of seats in parliament reflect the popular vote?

The British system divides the country into legislative districts with each being represented in parliament by a single MP.

If a number of parties contest a seat in a district, the winner is the candidate who receives the most votes within the district.

The system differs from those in Continental Europe, where voters rank candidates on a ballot form in many states.
Last Update: May 08, 2015 7:12 pm
RELATED TOPICS