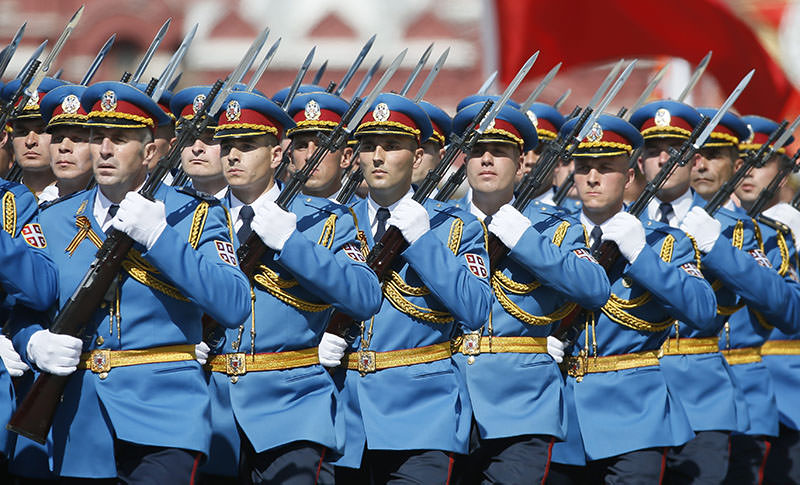 | EPA Photo
by Anadolu Agency May 09, 2015 12:00 am
Russia marked the 70th anniversary of the end of World War II with Moscow's largest post-Soviet military parade on Saturday.

More than 140 combat helicopters and planes took part in a fly-past above the Russian capital, official news agency TASS reported.

Russia's hi-tech Armata tank was the centerpiece of the display and was loudly applauded as it passed.

Across the former Soviet Union more than a million people were expected to take part in 'Immortal Regiment' marches, during which those whose family members fought in the 1941-45 conflict, known as the Great Patriotic War, carried photographs of their relatives.

The ceremony in Moscow was marked by a minute's silence by around 2,300 guests, including veterans from Russia and abroad. According to official accounts, more than 27 million Soviet citizens lost their lives during the war.

The event was not attended by Western leaders due to Russia's involvement in Ukraine. In an apparent rebuke to the U.S. and NATO, Putin criticized attempts to create a "unipolar world."

TASS reported him as saying: "We can see how the force bloc-based thinking has been gaining power. That all is undermining the stable international development."