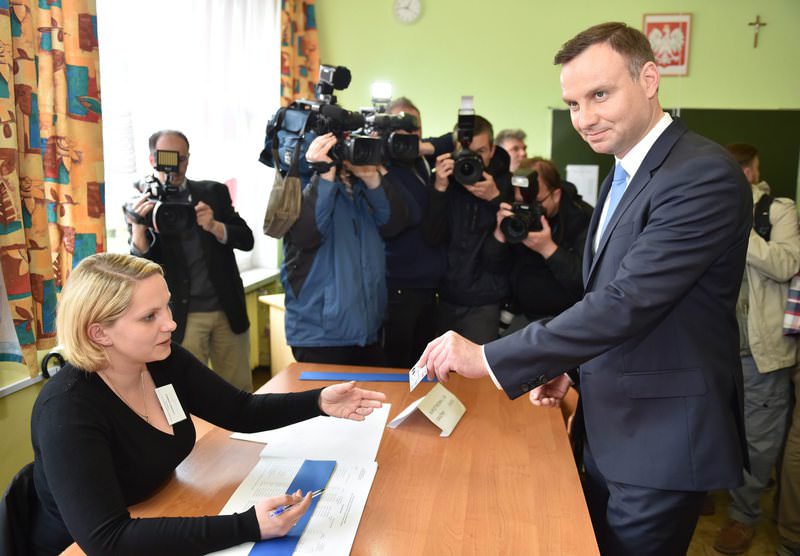 by Associated Press May 10, 2015 12:00 am
Nationalist opposition candidate Andrzej Duda has won most votes in the first round of Poland's presidential election and will face incumbent Bronislaw Komorowski in May 24 runoff.

Komorowski said the result was a "serious warning" to those who want to have a "reasonable Poland."